Got Your 6 Hosts Inspiring Veteran Storytellers

The veteran speakers at Got Your 6’s Storyteller event were incredibly diverse, including comedians, actors, nonprofit founders, and artists. Each... 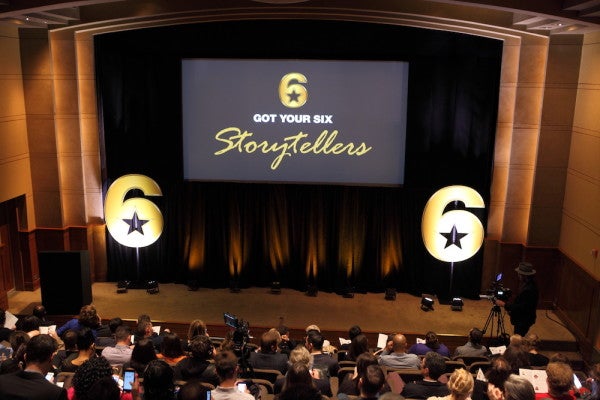 The veteran speakers at Got Your 6’s Storyteller event were incredibly diverse, including comedians, actors, nonprofit founders, and artists. Each one, after returning home, has become a community leader, helping other veterans to express themselves.

“My experience of being in the arts my whole life and my experience of having been in the military were not mutually exclusive, and they didn’t have to be,” said BR McDonald, an opera singer who joined the Army and founded the Veteran Artist Program.

Though each person provided different “storyteller” narratives, they all focused primarily on the idea of understanding who you are both as a service member and as a person. The series, held Nov. 5 at HBO Theater in New York City, stressed the importance of the arts in self-discovery after returning from combat and overseas.

Among the 13 speakers who told their stories were veterans BR McDonald; Maurice Decaul, a writer and poet; and Danielle Green, who works as a supervisory readjustment counseling therapist with the Department of Veterans Affairs.

Watch their stories below:

BR McDonald served seven years in the Army as an Arabic linguist and special operator. After leaving the Army, he returned to his roots as an actor and singer and founded the Veteran Artist Program.

Maurice Decaul, after serving in the Marine Corps, turned to poetry to ease his transition back to civilian life. He is now a poet, essayist, and playwright with work featured in The New York Times and The Daily Beast.

Danielle Green was a college athlete who joined the Army. After losing her left arm in combat, she found a renewed sense of purpose and now counsels the veteran community. She is also a Pat Tillman Foundation award winner.