In the IRR? The military may want you back if you served in one of these jobs 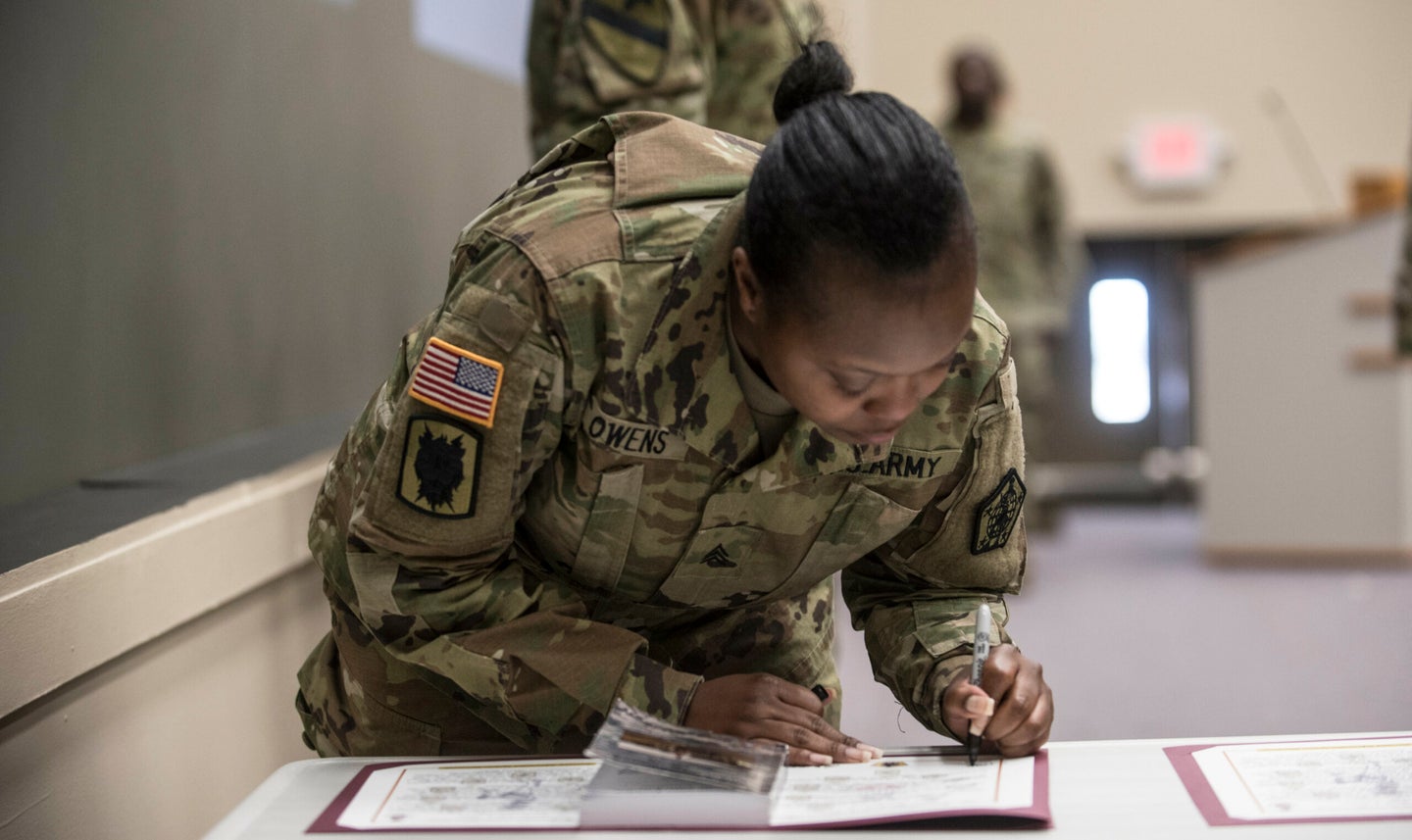 At least one of the military services says it's looking for members of the Individual Ready Reserve to come back into the fold — and the call goes beyond just those who served in medical specialties.

As the country faces a potentially months-long emergency over the novel coronavirus (COVID-19) crisis, the military services could turn to a pool of veterans who thought their days in uniform were behind them.

President Donald Trump signed an executive order last month giving the Pentagon the authority to recall some members of the IRR to active duty — a move that likely sent many veterans rushing to check their discharge papers. Veterans are usually eligible for recall to active duty for eight years after the end of their mandatory service obligation ends.

Most of the services say they're still assessing their needs in the wake of Trump's new order. But Lt. Col. Mary Ricks, a spokeswoman for Army Human Resources Command, said they're seeking volunteers who served in at least four fields outside medical jobs.

“The Army is also looking for soldiers who served in the areas of logistics, aviation, as drill sergeants or recruiters,” Ricks said. “Protecting our citizens from coronavirus is a whole-of-nation call, and we need the help of our Individual Ready Reserve and our Retired Soldiers to maximize this critical effort.”

The global pandemic caused by the coronavirus, she added, is an “extraordinary challenge [that] requires equally extraordinary solutions.”

The Navy and Marine Corps are still reviewing whether there's a need to recall members of the IRR, spokesmen for those services said.

The Air Force expects to target medical personnel for mobilization first, but it could expand to other specialties. That includes command-and-control elements and logistics personnel, said Sean Houlihan, an Air Force Reserve Command spokesman.

While there's not an immediate plan to tap former airmen who served in those fields, Houlihan said the Air Force has the authority to do so.

“[Air Reserve Component] members must be prepared for mobilization at any time,” he said.

This wouldn't be the first time the military has turned to voluntary or involuntary recall to carry out a critical mission. The Army notified around 21,000 members of the IRR they were needed during Desert Storm, Ricks said. About 18,000 of them reported for duty.

The Marine Corps got the authority in 2006 to recall up to 2,000 members of the IRR for a one-year period, said Maj. Roger Hollenbeck, a Marine Corps Forces Reserve spokesman. That was in the wake of the 9/11 terror attacks on the U.S., when combat missions in both Afghanistan and Iraq ramped up.

The military services have activated at least a portion of the Reserves to carry out missions tied to the coronavirus pandemic. The Army Reserve has several sustainment, logistics and civil-authority units providing services in Utah, as well as New Orleans and other U.S. cities.

If the pandemic requires a large-scale military response, officials say there are a host of benefits to being able to tap into the IRR to recall service members.

“It is a pre-trained pool of manpower that is available for recall on short notice to fulfill service requirements,” Hollenbeck said. “This means that most IRR Marines will require only minimal screening and training in order to return to active duty.”

That could prove invaluable, she added, “to ultimately win this fight.”

The likelihood of involuntary recalls being used will probably depend on how many veterans who recently left the service volunteer to fill in-demand requirements.

The Army over the last several weeks has seen an influx of volunteers after asking medical professionals in eight specialties to return to service to backfill hospitals after troops were called on to fill emergency field facilities in areas hard hit by coronavirus outbreaks. More than 25,000 retired and former soldiers have offered to return to their former uniformed roles.