VIDEO: An Inside Look At The Ideology Driving Some Veterans To Join Neo-Nazi Groups

As America stumbles out of yet another long, hot summer in which its racial tensions have turned violent, some veterans... 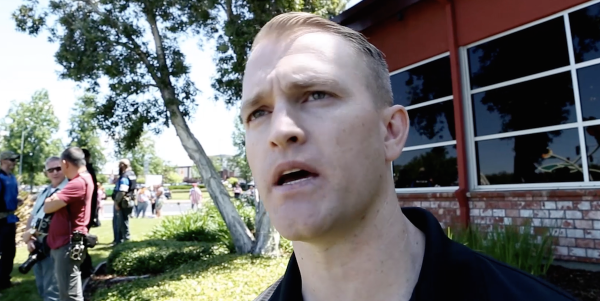 As America stumbles out of yet another long, hot summer in which its racial tensions have turned violent, some veterans are in the thick of it, making news in all the wrong ways. There’s the self-styled “CEO” of a U.S.-based neo-Nazi hate group who, it turns out, was a Marine recruiter once. There’s the fellow racist who stood with that CEO’s organization in Charlottesville, hours before allegedly plowing his car into a crowd of counter-protesters, killing one. He was in the Army, however briefly.

There’s an easy temptation for news media and other novices to see a trend here, a necessary connection between the categories “veteran” and “racist,” just as they like to occasionally connect “veteran” and “mass murderer.” That’s simply wrong, and most people know it. The Joint Chiefs of Staff wasted no time after Charlottesville in denouncing race hate and reminding white supremacists that there was no place for them in the ranks. Vets, individually and with virtually every service organization in the country, reminded everybody else that the U.S. military is 2-0 against enemy white supremacist regimes. Even the 82nd Airborne’s Twitter account spent some time dunking on neo-Nazis this month.

But… there’s something happening here. Take the case of Nathan Damigo: former Marine 0311, veteran of two Iraq deployments, convicted felon, and founder of Identity Evropa, a crew of haircut-coding Nazi hipsters (no, really, “nipsters” are a thing) whose “identitarian” shtick about Muslims and Jews watering down civilization probably sounded better in the original German.

As this Task & Purpose video shows, Damigo and Identity Evropa are actively cultivating contacts with fellow vets — and for some, the group’s authoritarian, minority-bashing ideology connects.

A few “fashy” eugenics enthusiasts do not represent even a speck next to the majority of American military veterans. But the increasing boldness of ex-military neo-fascists and white nationalists makes it worth asking: How do former service members get from defending the U.S. constitution to here? And just how many Nathan Damigos are there out there?