Police investigating death of Montana-based airman, the fourth this year

A1C Ethan W. Potter was a member of the 741st Maintenance Squadron. 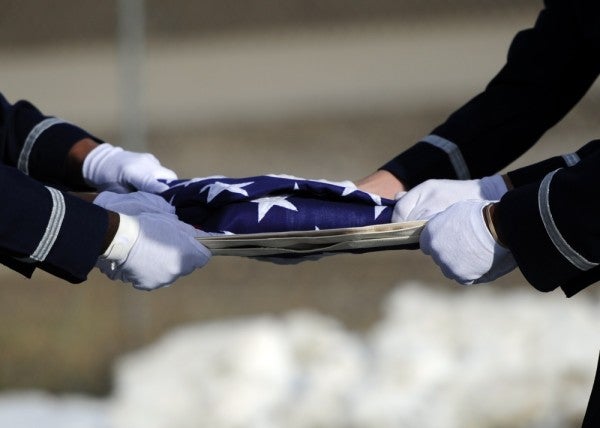 Local police are investigating the death of a Montana-based airman who was declared dead Monday night, officials at Malmstrom Air Force Base confirmed on Wednesday.

A1C Ethan W. Potter was a member of the 741st Maintenance Squadron, wrote Col. Jennifer Reeves in an email to the Malmstrom community on Tuesday night. The letter was first shared on the popular Facebook page Air Force amn/nco/snco.

The public affairs office for the Malmstrom-based 341st Missile Wing later told Task & Purpose that Potter was 21 years old and hailed from New Market, Tennessee, according to Air Force records. A spokesman for the wing said he did not have details on the circumstances or location of the death, saying only that the Cascade County Sheriff’s Office is investigating.

Potter’s death marks the fourth death of a Malmstrom-based airman since January. Tristen Allen Carlson, 21, a senior airman with the 341st security forces squadron, was found dead in nearby Great Falls on February 4. Staff Sgt. Manuel Trevino, Jr., of the 841st Missile Security Forces Squadron, was found dead on January 15. Airmen 1st Class Steven Gordon died as a result of injuries sustained in a motorcycle accident on June 2nd.

Reeves pointed out the worrisome trend in her letter on Tuesday.

“I’ve been your commander for a minute now and I’ve had the sorrowful opportunity to learn about the several deaths we’ve had here at Malmstrom and what we think precipitated each of them,” she wrote. “Each has been a tragic, permanent solution to a temporary problem. It’s been said before … there’s no problem we can’t fix together. And remember despite any problems, you still have friends, family, a future and people who love you … none of them will think it’s worth your life … and they will be devastated without you.

“So if you start going to a dark place and you’re thinking dark thoughts of not being able to handle a problem, I want you to hang on and phone a friend,” she added. “We’ll get you on the path to goodness again. It will happen. But you have to stay alive. Just stay alive … ”

Correction: This story has been updated to correct the number of Malmstrom-based airmen who have died in 2020. The correct number is four, not three.