How Military Divorce Rates Have Changed Over The Last Decade 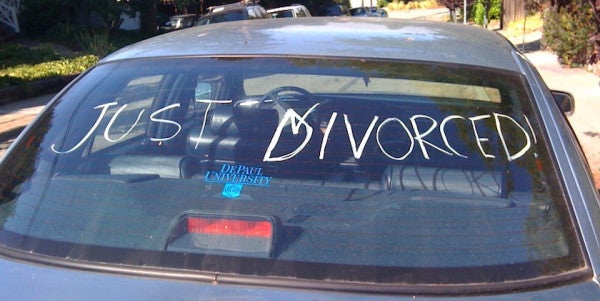 The U.S. military divorce rate continued its slow but steady downward trend in 2015, marking the sixth year running that it has declined and the lowest point in a decade, according to statistics released this week by the Department of Defense.

The downward trend may indicate military families are now experiencing less stress than they have in the past, says Benjamin Karney, a researcher with the RAND Corp. who has studied military divorce.

Related: The military’s problem with marriage »

The divorce rate last year declined among all male troops, both officer and enlisted, and among most female troops. It marked a slight uptick among female Marines.

The largest decrease occurred among enlisted female sailors. In 2014, 1,115 female enlisted sailors, or 7.5% of that group, divorced. The next year, the rate dropped to 6.5%.

That change reflects a continued downward trend among all female sailors, and could indicate that policies that impact women, such as a focus on ending sexual assaults or a focus on better family life, are working, Karney said.

“A lot of times, it's policy changes that very few people even know about that can really affect this,” he said.

The military divorce rate is based on personnel data used to distribute benefits, while the civilian rate is calculated on a per-1,000 person basis by the Centers for Disease Control and Prevention. The CDC's calculation, however, only accounts for 45 states and the District of Columbia because several states, including California, do not track or report their rates.