No, Veterans Are Not More Likely To Go On Shooting Sprees 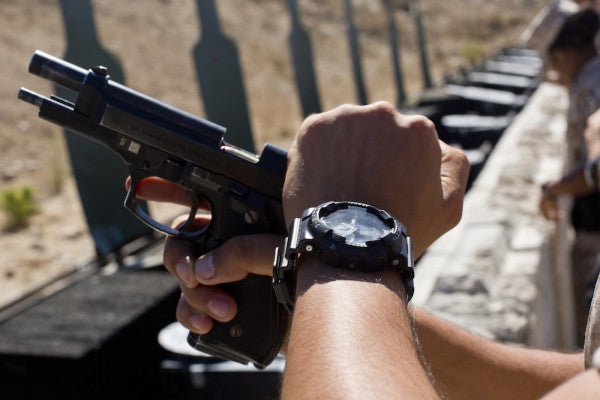 On Jan. 6, former Army National Guard and combat soldier Esteban Santiago opened fire and killed five people at the Fort Lauderdale airport. This shooting brought national attention, not to mental health issues, but instead to the idea of the crazed, broken veteran.

The act marked the seventh post-9/11 veteran shooting spree since 2009, according to the San Diego Tribune. But that tally shouldn’t be seen as a trend, experts told the publication.

“This is a huge misrepresentation of veterans,” Rich Blake, an Iraq War Veteran and psychology doctoral student at Loyola University Maryland told the Department of Veterans Affairs.

the truth behind fort hood's history of violent crime »

However, publications across the country have reported on the connection between combat and post-service violence since the outset of the Iraq and Afghanistan wars.

The New York Times, in 2008, hoped to debunk the connection by studying 121 cases in which Iraq or Afghanistan veterans committed or were charged in domestic killings.

According to the authors, “In many of those cases, combat trauma and the stress of deployment — along with alcohol abuse, family discord and other attendant problems — appear to have set the stage for a tragedy that was part destruction, part self-destruction.”

In the year before the rampage at the Fort Lauderdale airport, however, Santiago was arrested for domestic violence, became estranged from the partner and newborn son, and was discharged from the Alaska National Guard. His brother also reported to the San Diego Tribune that he had been hearing voices and seeing thing that weren’t real.

Shoba Sreenivasan, a psychology professor from the University of Southern California, suggested to the San Diego Tribune that some combat veterans may be triggered to commit violence because of their battle experiences, but they often have previously undiagnosed mental or emotional issues completely unrelated to combat-associated post-traumatic stress disorder.