A military investigation into a deadly ambush on U.S. forces in Niger on Oct. 4 that left four troops dead... 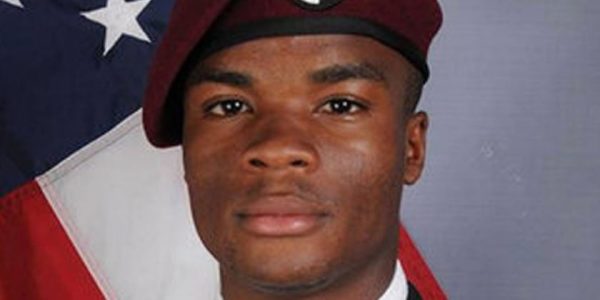 A military investigation into a deadly ambush on U.S. forces in Niger on Oct. 4 that left four troops dead has concluded that one of the soldiers killed in the firefight was not captured alive or executed at close range by the enemy as several media reports had previously suggested, according to The Associated Press.

Sgt. La David T. Johnson, 25, an Army mechanic assigned to 3rd Special Forces Group, was part of a 12-man team of U.S. Green Berets and support personnel accompanying 30 Nigerien troops on patrol when they came under attack by as many as 50 militants in a densely wooded area about 120 miles north of Niamey, the capital of Niger. Johnson’s body was recovered two days after the ambush, which also left four Nigerian troops dead.

Residents of the Niger village of Tongo Tongo told The Washington Post on Nov. 10 that they had discovered Johnson’s body outside the village and that his hands were bound together. They also said Johnson had a gaping wound at the back of his head, suggesting he’d been either bludgeoned to death or executed. “The back of his head was a mess, as if they had hit him with something hard, like a hammer,” one villager said. “They took his shoes. He was wearing only socks.”

Johnson’s death was announced two days after the ambush occurred, and a day after the public was notified of the deaths of his three comrades. What happened during those two days remains ambiguous: On Dec. 10, The Intercept published an article in which the author, Nick Turse, described a conversation among AFRICOM officials he overheard on Oct. 5 after the U.S. military had launched a mission to find Johnson. The officials, Turse wrote, believed Johnson was alive and had asked journalist to keep his disappearance a secret until the rescue effort was complete.

But Pentagon officials have insisted since the beginning that Johnson was never captured by the enemy. A U.S. official quoted in the same Washington Post article said, “When the Americans received Johnson, his hands were not tied.” Likewise, the officials who spoke with the AP said that a medical examination found no evidence that he’d been taken prisoner or shot at close range. They did acknowledge, however, that Johnson had been stripped of his boots and other equipment.

U.S. officials familiar with the investigation told the AP that Johnson had been shot as many as 18 times as he and two Nigerien soldiers fled the attack, which was carried out by an offshoot of ISIS armed with Soviet-made heavy machine guns, M4 assault rifles, and rocket-propelled grenades. The AP noted that the M4s — the preferred weapon of American ground forces around the world — were “probably stolen.”

The officials said Johnson’s remains were discovered under thick scrub brush where he had tried to take cover during the battle. According to the AP, Johnson and the two Nigeriens had become separated from the rest of the patrol after trying to get to a vehicle to escape, and that Johnson — “who was athletic and a runner” — was ahead of the pack as they fled.

The military investigation, which is being helmed by U.S. Africa Command chief of staff, Army Maj. Gen. Roger Cloutier, has not been finalized and will soon be submitted to Marine Gen. Thomas Waldhauser, the commander of AFRICOM. The final report should be released next month, the AP reports.

Few details about the mission Johnson and his team had concluded just before they were ambushed are publicly known. Several media reports have quoted military officials describing it as an intelligence-gathering mission that was part of a larger effort to track down a local ISIS commander. The bodies of the other three Americans killed in the firefight — Staff Sgt. Bryan C. Black, Staff Sgt. Jeremiah W. Johnson, and Staff Sgt. Dustin M. Wright — were recovered the same day.

Johnson’s widow, Myeshia Johnson, told ABC’s Good Morning America on Oct. 23 that military officials denied her repeated requests to view her husband’s body before he was buried. Weeks later, on Nov. 12, a joint AFRICOM military investigation team found what a Pentagon spokesman described in a statement as “additional human remains at the site where [Johnson’s] body was recovered.”