To Pedro Garcia, service is important. He was proudly committed to the Marine Corps for 14 years. These years were meaningful to him and it was challenging to leave the military behind. Luckily for Garcia, he discovered a career in the waste industry that not only shared many similarities with his military career but allowed him to continue serving his country 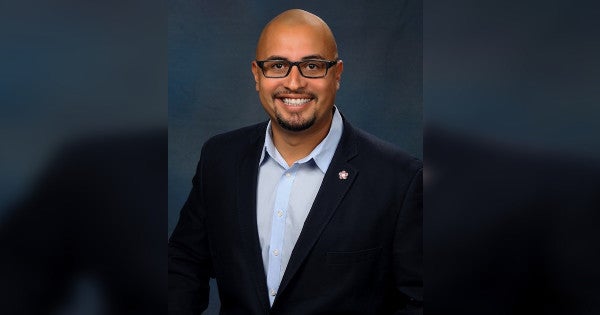 Editor's Note: The following story highlights a veteran at Republic Services committed to including talented members of the military community in its workplace. Republic Services is a client of Hirepurpose, a Task & Purpose sister company. Learn More.

To Pedro Garcia, service is important. He was proudly committed to the Marine Corps for 14 years. These years were meaningful to him and it was challenging to leave the military behind. Luckily for Garcia, he discovered a career in the waste industry that not only shared many similarities with his military career but allowed him to continue serving his country.

Garcia didn't initially know that he was bound for the military. Growing up in Fresno, he was surrounded by young people making bad decisions. “I was a knucklehead,” he shared. “I noticed that some people joined the military and drastically changed their lives.” Garcia knew he needed direction so he enlisted in the Marine Corps and began an impactful military career.

For nearly 14 years, Garcia worked to better himself in the Marine Corps. From starting in Supply Administration to ending his career as a drill instructor, Garcia stood out among his peers. “I built a prestigious military career,” he explained. “It was incredibly difficult to walk away from that.” But after combat tours in the Middle East and a grueling op tempo, Garcia made the choice to put his family first and transition to a civilian career.

Not knowing where to begin, Garcia worked with a staffing service that specialized in assisting veterans. “I didn't want to work in a cubicle all day long,” Garcia laughed. “I wanted to work in a business that was constantly changing.” When his recruiter brought Republic Services to his attention, it didn't take long for Garcia and his wife to realize it would be a great fit. After a series of interviews, Garcia was sold. He began his career with Republic Services on Veterans Day 2013.

Republic Services is an industry leader in recycling and non-hazardous solid waste throughout the U.S. It is a service organization of another sort. Garcia began as an Operation Supervisor but before long, he started climbing within the company. “I found that my military experience strengthened my ability to lead at Republic Services,” Garcia said. “It made an impact.” Garcia promoted to Operations Manager, then Division Manager, and most recently landed his current position as General Manager.

Garcia discovered many parallels between working in the waste industry and the military. “The cultures are the same,” he explained. “Republic Services promotes an inclusive and diverse workforce that values each individual.” Garcia found that leaders endeavored to hire and promote the best people for the job, just like in the Marine Corps.

“At Republic Services, everyone is working toward a common goal,” Garcia said. “We get to serve our country by keeping it clean and safe and beautiful.” Garcia is honored to continue his service in this way; working for a company with a commitment to “We Work for Earth” makes Garcia proud.

Garcia found another parallel that he wasn't necessarily expecting: the waste industry is hazardous. “The waste industry is the fifth most dangerous industry in the United States,” said Garcia. The fast paced, high pressure environment is not for the faint of heart. In fact, Garcia believes that veterans are uniquely suited for work in this industry because they are used to working in precarious situations. “Veterans have a place at Republic Services,” Garcia shared. “The company offers a broad range of roles that benefit from military experience.”

Finding Republic Services was a gift for Garcia; however, his transition was not without challenges. “I was a Marine, not a business person,” he explained. “I had to learn about business culture.” Garcia had to show the professionals at Republic Services that he knew how to do more than just bark orders like a drill instructor. He had to prove to them that he could influence people in others ways.

In the Marine Corps, Garcia learned self-control. “That level of discipline made me ready to shoulder substantial responsibility at Republic Services.” Currently, Garcia is responsible for eight landfills in the Dallas-Fort Worth metroplex and leads 150 employees. He manages $110 million in revenue for the company. The burden is large but Garcia is prepared to handle it.

Garcia strives to lead by example and to make decisions based on the perspective of his team, not any one person individually. He also teaches his team to fail forward. “I made a lot of mistakes in my Marine Corps years,” he explained. “I chose to process and learn from every error so that I would not repeat those mistakes.” Garcia now shares those lessons of perseverance and perspective with his Republic team.

Garcia donates his time by working with numerous mentorship programs such as the General Manager Accelerated Training Program at Republic Services. “In this program, we work with new MBA graduates to teach them about becoming General Managers and help facilitate that path for them,” Garcia said. “Helping to shape tomorrow's leaders is my way of giving back to the company.”

Garcia also works with the non-profit American Corporate Partners to mentor veterans as they move from the military workforce to the civilian workforce. “I didn't have a mentor when I left the military,” Garcia explained. “I am committed to guiding veterans through one of the most difficult transitions of their lives.”

Knowing that the transition is not easy, Garcia urges veterans to remain humble and patient throughout their journey. “An impressive military career does not necessarily lead to gainful civilian employment,” Garcia said. “It takes time to learn a company's culture and find your place within the organization.”

Garcia strongly encourages veterans to utilize their Post 9/11 GI Bill. “Don't leave this benefit on the table,” he recommended. “Setting yourself apart by furthering your education can really drive success within an organization.” Garcia recognizes that earning his MBA had a direct impact on his growth at Republic Services.

Service is a way of life for Garcia. When he left the Marine Corps, his desire to serve remained. He was fortunate enough to find a company that allowed him to continue his service in other ways. Now he is shaping the next generation of leaders in the industry and helping to keep the country clean and safe for future generations.