The Department of Veterans Affairs has been playing coy since it first announced that new veterans identification cards — wallet-sized... 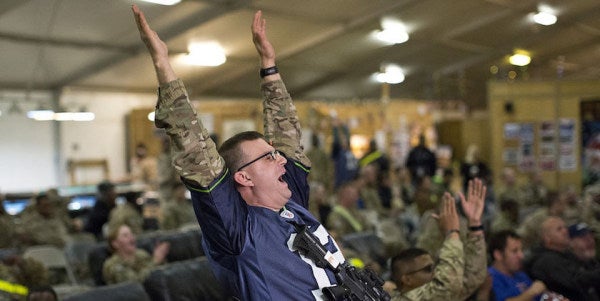 The Department of Veterans Affairs has been playing coy since it first announced that new veterans identification cards — wallet-sized IDs that allow people to prove their military service without a copy of their DD214 — will become available to former service members beginning in November, revealing details about the application process in piecemeal. Now the department has graced us with a little more information.

Military.com, which first broke the news of the new veteran IDs earlier this month, now reports that vets who want one of the new cards must first register online with Vets.gov, a website that authenticates users through the ID.me system. Officials originally told Military.com that veterans would be able to apply for the cards online, but provided few specifics; they were no less taciturn with Task & Purpose.

We did confirm, however, that veterans will not be able to use the cards as proof of age when shopping for adult commodities like cigarettes and beer, because they are not official government-issued IDs — which, as a Military.com notes, also means they can’t be used for things like air travel.

Unfortunately, we still don’t know what the cards will look like.

The 2015 Veterans Identification Card Act directed the VA to issue a hard-copy photo ID to any veteran who applies for one (though there are some gray areas, detailed below). The legislation was introduced after politicians realized that people were having trouble proving that they had served in the military when attempting to secure sweet veteran discounts and benefits, like a free meal at Applebee’s on Veterans Day.

“Goods, services and promotional activities are often offered by public and private institutions to veterans who demonstrate proof of service in the military, but it is impractical for a veteran to always carry Department of Defense form DD-214 discharge papers to demonstrate such proof,” the law states.

Currently, only veterans who are enrolled in the VA healthcare system or receive retirement pay have photo ID cards. A handful of states also allow people to identify themselves as veterans on their driver’s licenses.

The law does not stipulate that only honorably discharged veterans are eligible for the card. However, Military.com reports that an honorable discharge is required. Task & Purpose is waiting for verification on this crucial bit of information from the VA, and will update this article accordingly.

According to Military.com, to complete the application process, veterans must upload a copy of a valid government photo ID — like a driver’s license or a passport — and providing other information, such as a Social Security number. The VA has yet to announce the specific website address where vets can apply.

The VA will mail the cards directly to the veteran, but officials told  Military.com that the department has yet to finalize a “timeline for how long it will take to receive a card.” We also don’t know when in November the VA will start accepting applications. Stay tuned.