The military has a climate change problem 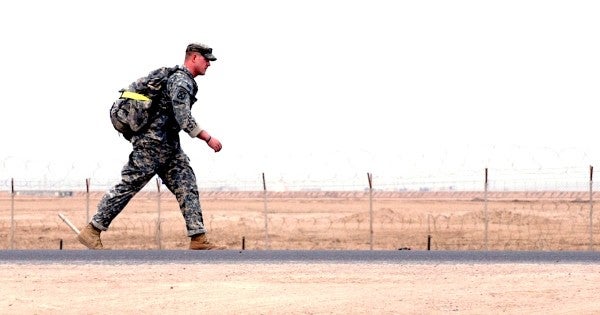 The military has a climate change problem.

As global temperatures rise, the number of heat-related illness diagnoses of active-duty service members is rising as well, according to military data.

Statistics show a 60% increase of heatstroke or heat exhaustion cases between 2008 and 2018, from 1,766 to 2,792. Over that same stretch of time, at least 17 troops have died from heat-related complications during training exercises on bases in the U.S.

According to the Defense Health Agency, 40% of the heat-related illnesses and deaths since 2014 occurred at five locations: Fort Benning in Georgia, Fort Bragg in North Carolina, Fort Campbell in Kentucky, Fort Polk in Louisiana and Camp Lejeune, a Marine Corps installation in North Carolina. Two of the others in the top 10 are in South Carolina.

As the temperatures rise in the U.S. they are rising even faster in regions the military is deployed, like the Middle East, South Asia and Africa. According to some former military members, troops need to train in the heat for exactly these reasons.

“If you want to be prepared for a fight in the heat, you have to train in the heat under the same conditions you'll encounter,” Augusto Giacoman, a former Army captain, told NBC News.

The military's “warrior ethos” also leads to service members pushing past their limits in harsh conditions.

“It doesn't matter that you're about ready to collapse, you don't let on,” Joy Craig, a retired Marine Corps warrant officer and drill instructor, said. “You push through it.”

However, in order to get ahead of the problem and prevent death and injury in the future, the military is working toward a number of solutions.

At Fort Benning, Maj. Meghan Galer, who wrote a white-paper on the military and climate change, created a heat center that trains medics how to treat heat illnesses in the field and trains field leaders in prevention tactics. She and her team are also working on a system that monitors vital signs and warns service members if heat stress is imminent.

Military researchers are also developing new uniforms made from lightweight materials and different types of cooling vests, but those could be years away.