This Veteran Will Soon Receive A Groundbreaking Prosthetic Leg 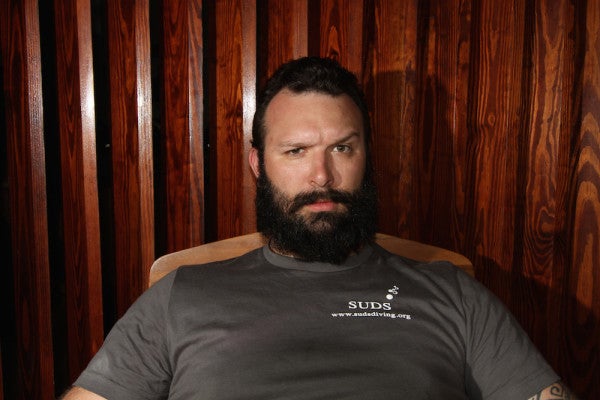 Army Staff Sgt. Jace Badia almost died in Ramadi, Iraq, on Nov. 11, 2006. While serving in the infantry with the 1st Battalion, 18th Infantry Regiment, 2nd Brigade Combat Team, 1st Infantry Division, his vehicle was hit by an improvised explosive device. The blast cost Badia his left leg, and he suffered severe injuries to his right leg.

He received a Purple Heart, and continued to serve, deploying twice as a counterintelligence specialist with the 513th Military Intelligence Brigade. Now medically retired, Badia has had nearly 100 surgeries, but the pain from his prosthetic socket still holds him back.

But that will change on Feb. 22, when Dr. Ronald Hugate, a former military surgeon, gives Badia the world’s first permanent prosthetic leg without using osseointegration — the fusing of bone to a prosthetic rod.

The first time a permanent prosthetic attempt was on a Siberian Husky named Triumph in 2005, but an infection led to the later removal of two of the dog’s legs. But Hugate has been working to make sure nothing like that happens with his implant.

After 15 years in development, the design is finally ready. It involves surgically inserting a rod into the femur bone, which will fuse with a collar made out of porous metal.

“The skin and soft tissue will actually grow into this material,” Hugate added. This is what will prevent infection.

There is risk, obviously, being that this is the first time anyone has received a permanent prosthetic, but Badia is taking it in stride.