"Sometimes I get discouraged with life hitting me from every angle and then there are people and companies like this that restore my faith." 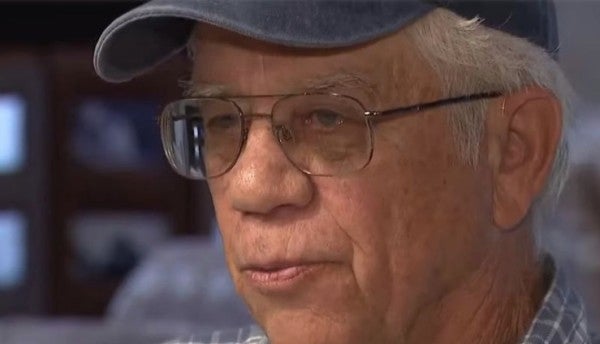 Dozens of Florida families who were at risk of having their water or gas shut off by Christmas got a wonderful surprise in the mail.

Mike Esmond, a generous Vietnam veteran who once spent Christmas without heat, decided to pay the utility bills of 36 families whose accounts were past due, a remarkable act of kindness that has stunned residents in the city of Gulf Breeze.

“I'm just in awe,” one of the recipients, Angela GiGi, wrote on Facebook last week. “Sometimes I get discouraged with life hitting me from every angle and then there are people and companies like this that restore my faith.”

Esmond, the longtime owner of a local swimming pool business, went to the city hall last month and asked for a list of all past due accounts. After he paid the bills, which cost him about $4,600, the city sent out cards notifying the account holders of the gift.

“It is our honor and privilege to inform you that your past due utility bill has been paid by Gulf Breeze Pools & Spas,” the card reads. “You can rest easier this holiday season knowing you have one less bill to pay.”

One of the reasons the 73-year-old Army vet decided to help struggling families this holiday season comes from personal experience. He told ABC's Pensacola affiliate that his gas line was turned off during an extremely cold winter in the 1980s, when his family spent Christmas without any heat in the house.

Esmond said he hopes his gift relieves some of the stress some families may be going through during the holidays and sets an example for local businesses.

“I would hope that I could set the standard for companies that are the size of mine,” he told the station on Tuesday. “We can still do something and give something back.”

Another woman who said her bill was among those paid by Esmond's company wrote on Facebook that she wasn't even aware her account was past due. But the bill ended up coming the same day as the card from the city hall.

“I do not have a pool, I have never experienced their work,” Amanda Raasch wrote. “However for the first time in a very long time today I was genuinely surprised by the generosity of this wonderful community that we live in.”