Who’s Actually Listening To Sarah Silverman’s Call For A Coup?

In October, actress and comedian Sarah Silverman, best known for her role in “The Way of the Gun” (I think?),... 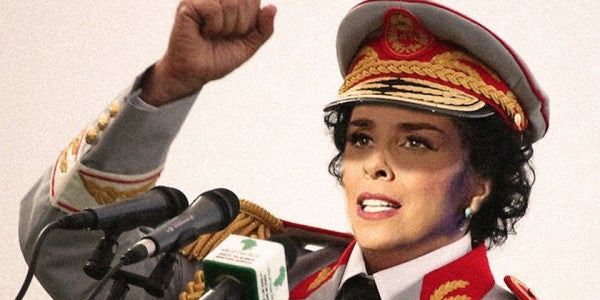 In October, actress and comedian Sarah Silverman, best known for her role in “The Way of the Gun” (I think?), wrote a series of tweets asking the Marine Corps — or whatever poor POG runs its Twitter account — to reassure her that her nephew, a new Marine recruit, would “be ok.” She had read some things about Parris Island. She was “nervous.”

Now, Silverman has turned again to the military, this time, it seems, with a request of a much different sort. On the evening of Feb. 1, while UC Berkeley students protested a now-canceled speech by Breitbart editor Milo Yiannopoulos, Silverman tweeted this:

WAKE UP & JOIN THE RESISTANCE. ONCE THE MILITARY IS W US FASCISTS GET OVERTHROWN. MAD KING & HIS HANDLERS GO BYE BYE❤❤❤❤ https://t.co/Y2WZbL012A

Naturally, Fox News interpreted Silverman’s tweet as a call for “a military coup against President Donald Trump.” As if Silverman is some sort of exiled dictator attempting to rally troops against the government that deposed her. As if her tweets have the ability to plunge our country into a civil war.

I will not go so far. Because that allows for the possibility that anyone within the military — that is, the people who would be staging the coup — would heed Silverman’s call. Fortunately, Silverman is about as popular in the military as the Veggie Omelet MRE. And I doubt anyone who knows how to perform a functions check on an M4 follows her Twitter account.

So what to make of her tweet? I propose treating it as what it is: the absurd musings of a comedian who enjoys drawing fire from right-wing media organizations with provocative tweets that only further isolate her from the very people she’d need on her side to make the “MAD KING & HIS HANDLERS GO BYE BYE.” She knows that. She’s a troll. Let’s stop feeding her.