"Trust is lost and our veterans cannot wait until January 20, 2021, for a leadership change." 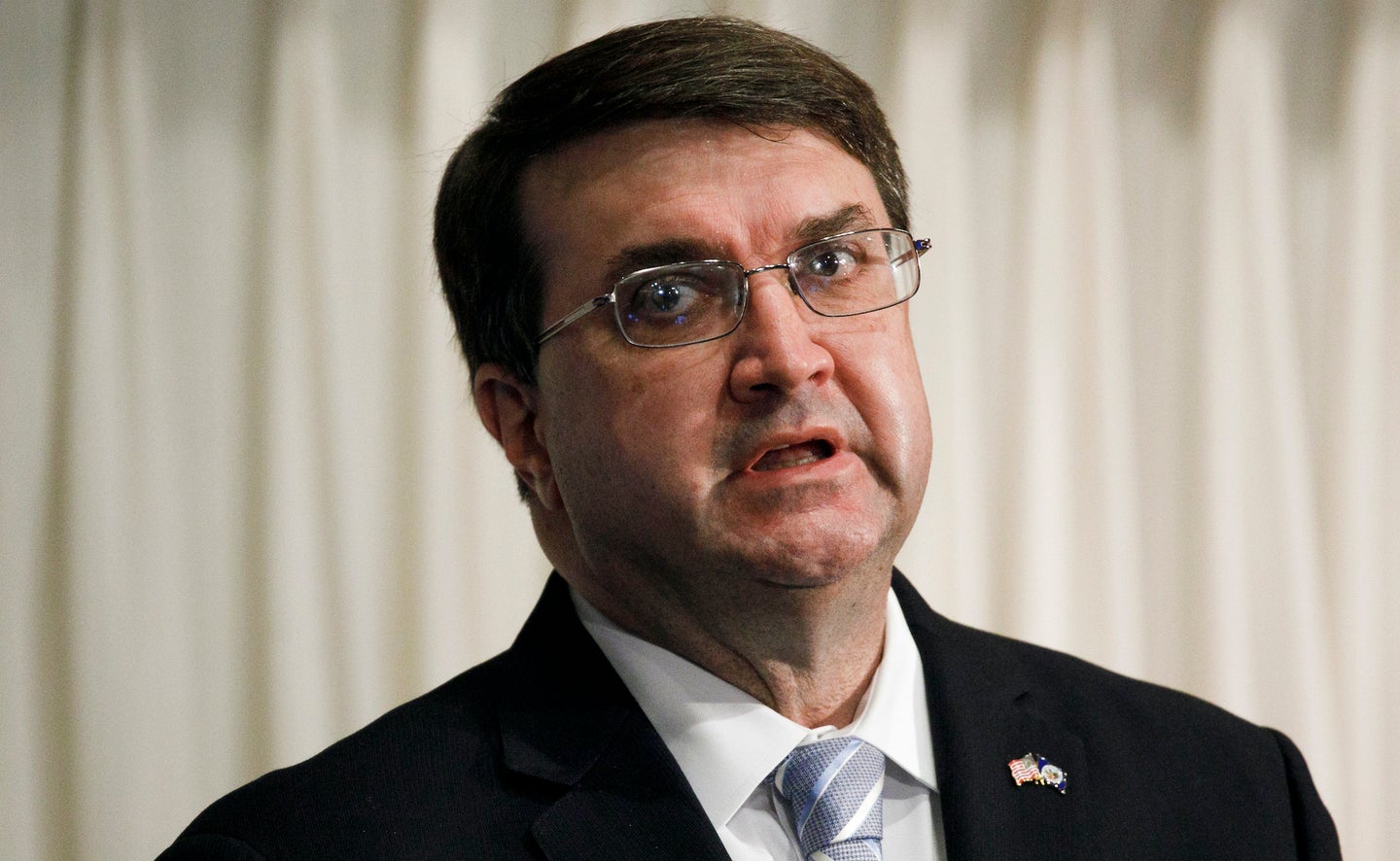 In this July 7, 2020 file photo, Secretary of Veterans Affairs Richard Wilkie speaks at the National Press Club in Washington. Confronted with a sexual assault allegation at a veterans hospital, Veterans Affairs Secretary Robert Wilkie repeatedly sought to discredit the female congressional staffer who made the complaint. His staff also worked to spread negative information about her while ignoring known problems of harassment at the facility. That's according to a blistering investigation released Thursday by VA's internal watchdog. (Associated Press/Jacquelyn Martin).
SHARE

Veterans Affairs Secretary Robert Wilkie is facing growing calls from veterans service organizations to resign amid revelations that he sought to disparage a female veteran who claimed she was sexually assaulted in a VA hospital.

A recent investigation from the VA’s Office of the Inspector General revealed that Wilkie was convinced the allegation, levied by a Democratic congressional staffer, was fabricated to damage him politically and sought to undermine her credibility by alleging she had created ‘baseless’ complaints in the past.

“The tone set by Secretary Wilkie was at minimum unprofessional and at worst provided the basis for senior officials to put out information to national reporters to question the credibility and background of the veteran who filed the sexual assault complaint,” according to the VA OIG report.

Related: VA secretary focused on smearing woman who said she was sexually assaulted in a VA hospital, probe finds

As of Friday evening, several high-profile veterans service organizations had issued statements calling on Wilkie to resign immediately, citing a loss of confidence in his ability to lead the department.

“Sexual assault is a criminal act,” reads a statement from Veterans of Foreign Wars. “We expected the Secretary to properly investigate this serious matter, yet he and close members of his team focused on questioning the credibility of the alleged assaulted veteran.”

“Based on the troubling findings and conclusions of the report, it is clear that from the onset, the Secretary’s and other senior officials’ handling of this case was at serious odds with the department’s no-tolerance policy toward sexual harassment,” reads a statement from DAV.

“The Secretary’s failure to meet this standard or hold others accountable undermines decades of work that advocates—including many VA staff—have done to bring an end to sexual harassment and assault throughout the department.”

The burst of fury from VSOs follows calls for Wilkie’s resignation from within Congress. On Thursday, House Veterans Affairs Committee Chairman Rep. Mark Takano, D-Calif., announced that Wilkie has “lost the trust of all those he is charged to serve and must resign.”

“Instead of working with me to address an underlying problem at the DC VAMC from the start, Secretary Wilkie and the senior-most officials at VA went out of their way to raise suspicions and cast speculation and doubt about [the veteran] and the legitimacy of the whole incident,” Takano said Thursday in reaction to the report.

“When the most senior leadership of VA are derelict in their duty, refuse to take immediate action to correct glaring deficiencies, and are themselves complicit in attempts to discredit and cast doubt on the facts, they betray the public trust and as a result disqualify themselves from all future public service.”

Wilkie has denied any wrongdoing.