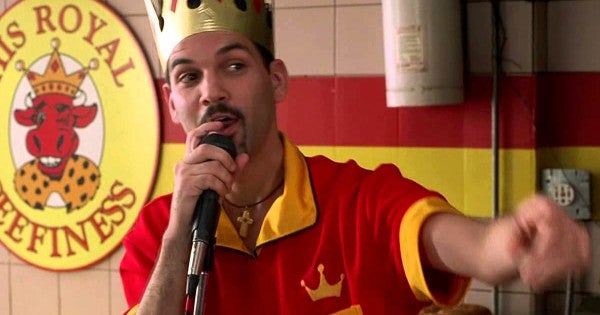 The New Year makes it three-and-a-half years since I retired from the Marine Corps. I've had a few challenges, but I was still better off than a lot of folks. I had a couple of degrees to my name and a transferable skill from the military. But as in anything, somebody always has it easier than you and somebody always has it tougher.

Some people seem to live charmed lives and are Instagram-worthy at all times. It's alright to hate those people, by the way. Others stumble so badly as civilians you wonder how they managed to successfully navigate the frozen food section at the commissary without starving to death.

Everyone has their own challenges when they leave the military, whether personal or professional. Travel light, are humble, and have confidence in yourself. It's only as hard as you let it be.

Your first job after the military doesn't have to be perfect.

It probably won't be, actually. For example, I thought that all I wanted to do was fly. That's what I did my whole time in the Marines, so it only made sense.

But it turned out that the great thing about flying in the Marines was that there was always something different and challenging. While flying low and fast was a big part of why I enjoyed my time in the Marines, that wasn't the key thing. It was actually the variety and challenge of it. Routine flying in the civilian world was just that, routine. Once I realized it was challenge and variety I needed, it was clear I needed to go somewhere else.

You didn't sign an enlistment contract with your civilian employer.

In the military, sticking with something no matter how much it sucks is regarded as one of the highest forms of virtue.

While you should expect to work hard, you shouldn't expect to be miserable. If it sucks, there's nothing wrong with moving on. Find something that doesn't suck and go there. They wouldn't hesitate to get rid of you if you weren't working out for them. That arrangement works the other way, too. It might have been worth it to suffer for your country, but there's no reason to suffer for The Man.

Be mindful of your lifestyle.

Don't start a game where you're working yourself to death just to run in place. Remember that even if your new job pays the same or slightly better than the military, you've got a whole new set of costs you're paying for, from health insurance to retirement contributions.

If you are underwater on a house that's bigger than you need, for example, you might find yourself stuck in a place and thus a job where you don't want to be. Some obligations you can't control, but others, like a new car, are voluntary. The more obligations you have, the more weight you're carrying in your pack.

The heavier your pack is, the harder it will be to walk away, both from the military and from your new job if things don't go well.

Stop looking down on civilians.

Believe it or not, you're probably going to have to work with a whole bunch of them.

In fact, you're probably going to have to work for a bunch of them. As much as the military teaches you skills and opens up opportunities, other people have been there a lot longer than you. If someone started with a company, or even just in the industry, right out of college, and you're just now joining after 5 or 10 or 20 years in the military, chances are they will have a lot of directly relevant experience and will probably be further up the corporate ladder.

There are exceptions to this, especially at the general/flag officer level, but don't be surprised or offended if you're reporting to someone 10 years younger than you.

No one is really an expert.

In the military, so much of what you do has been done before. Every job has a turnover binder. Every situation has an order to cover it. The civilian world doesn't have those. Initially it may seem daunting to go into a place where you have little experience and speak up. After awhile, you'll realize that everyone is making it up as they go. Everyone has “imposter syndrome” in their own way.

Once you realize that everyone is clueless, whether or not they acknowledge it, you'll have a lot more confidence trying new things.

~popular_source-pageview
dd214
getting out
military
Transition