[shortcode-Op-Ed-disclosure] A recent RAND study on military compensation has recently garnered some attention, with the main takeaway of many being … Continued 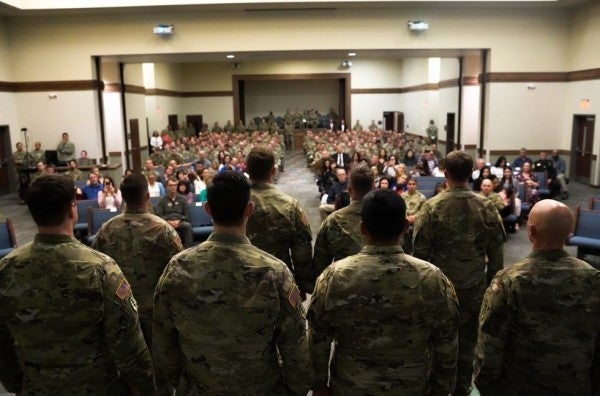 A recent RAND study on military compensation has recently garnered some attention, with the main takeaway of many being that “US Troops May Be Overpaid, New Study Finds.” As even a cursory look at the comments section of this and other coverage of the study reveals, most veterans don't like hearing that.

Of course, RAND didn't actually say, “Get off your ass, you lazy bums! We're paying you way too much to sit around!” Those who bothered to actually read the study found it a rather well-argued and nuanced report that doesn't focus on the idea that the military is “overpaid.” It proposes that if the goal of a compensation plan is to recruit and retain the right people, the military is not using its total compensation budget in the most effective manner.

It's too broadly targeted and doesn't incentivize recruiting, work performance, or retention.

But nuance doesn't make for hate-clicks in military-oriented publications like headlines implying a team of ivory-tower PhDs is pissing on America's heroes. The finding getting the most attention was that service members — in particular Army soldiers the report focused on — are paid higher than the 70th percentile of civilians of similar demographics.

The first thing that needs pointing out is that being at or above the 70th percentile doesn't mean that soldiers are getting paid 70 percent of what civilians make. It means that they are making more than over 70 percent of people with the same demographics as them. In other words, service members are doing pretty well for themselves, especially considering that most of them came into their jobs unqualified and were trained by the military.

To those who think the military is dramatically more difficult than the civilian world, that's why you're getting paid far more than 70 percent of your peers in the civilian world. Yes, there are things that make the military harder, but there are things that make it better, too. Job security and a myriad of benefits — from free gyms all the way to never having to come up with a down payment to buy a house. That's not even including the psychological benefits of having a purpose or the cool veterans' only parking spots at Lowes.

What about getting shot at, and possibly wounded or killed? One is right to point that out. It's just as right to point out that there is no amount of money that would compensate for dying. But we do have examples of people getting compensated for the risk of dying, in jobs as diverse as loggers to private military contractors. If you want to be monetarily compensated for risk, then find a job that does that. Otherwise, it's called military service for a reason.

But the biggest thing to remember is that your pay isn't a value judgement on your job. It's what is deemed necessary to fill your position with an appropriately qualified person. The RAND study benchmarked the 70th percentile because that is what they deemed the amount necessary to recruit and retain qualified people.

If social value was all that mattered, troops, teachers, and cops would be millionaires and NFL teams would be asking fans to donate footballs. But that's not the world we live in. People get paid just enough that they don't quit. If you want to get paid more, convince more of your peers to leave.

Very few people, in any line of work, ever admit to being overpaid. But the truth is, you're being paid exactly what your organization believes you are worth, regardless of who you work for. Whether you believe that valuation or not is pretty clear.

When you accept that paycheck, you admit they're exactly right.