The U.S. Army will always face challenges recruiting the soldiers it needs, but an uphill battle is no excuse not to strive to do better —or learn from other countries' modernization efforts 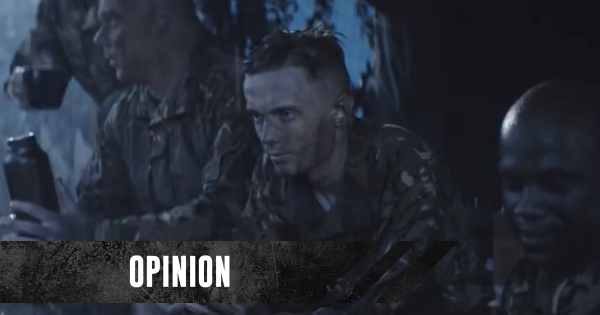 The U.S. Army will always face challenges recruiting the soldiers it needs, but an uphill battle is no excuse not to strive to do better —or learn from other countries' modernization efforts.

The U.S. and British Army's new recruiting strategies suggest two distinct approaches to recruiting young people for military service. “Your Army Needs You” is the British Army's next effort in its overarching “This is Belonging” campaign, which focuses on an underrepresented aspects of service: camaraderie. Comparatively, the U.S. Army in October unveiled “Warriors Wanted,” its first campaign in two years, with a conventional focus on the nitty-gritty of warfighting.

While both campaigns attempt to gain the interest of the elusive 18-to 24-year-olds who make up 'Generation Z' (born 1996 and later), it is clear the British Army is more adept at responding to changes in youth populations, how war is waged, and the need for flexibility in recruiting.

Fundamentally, the British Army is seeking to increase the pool of recruits by increasing interest in military service: “This Is Belonging” aims “to give aspiring recruits the belief and confidence that they can thrive in the Army no matter who they are, or where they come from.” The U.S. Army, in comparison, has continued to advertise a traditional narrative of the Army as the primary instrument of the U.S. military to defend freedom abroad — emphasizing high caliber weapons, helicopter insertions, and munitions — rather than focusing on the Army as a career and life choice.

The different emphasis of each campaign is evident in the British Army's outreach. The first years of the “This Is Belonging” campaign featured thoughtful commercials focusing on camaraderie, respect, and individual strengths, all underlined by the British Army motto: Be the Best. Accompanying posters depict soldiers on patrol together, waiting together, and eating together.

“This Is Belonging: Part 1”

By comparison, U.S. Army Recruiting Command's (USAREC) “Warriors Wanted” campaign does not appear to have learned that “putting a picture of a tank or APC up may speak volumes to someone interested in equipment, but it says nothing about what it means to be a soldier or member of the armed forces. It says nothing about who they are looking for,” as UK defense blog The Pinstriped Line put it. Instead, “Warriors Wanted” remains a high-octane, freedom-fighting, firepower-focused version of service that piggybacks on the U.S. Marine Corps' advertising style without focusing on Army strengths.

This is the wrong strategy for the next generation of soldiers — and with young people's understanding of the military increasingly shaped through media portrayals and their dwindling interpersonal connections with service members a less salient corrective, service will remain a hard sell.

While the American military has been able to rely on patriotism and the “warrior caste,” the next generation of recruits will not necessarily want have the same background as current soldiers and may value a different kind of service than the versions advertised. Research shows the top reasons young people do not consider military service is the “possibility of physical injury/death” followed by “possibility of PTSD or other emotional/psych issues.” This focus on physical and mental injury is likely a consequence of the military failing to properly market that only 15 percent of the military is combat specialties — a misperception that the “Warriors Wanted” campaign will only perpetuate.

By contrast, the British Army's “This is Belonging” is powerful because it highlights the most important part of service: the kinship and community gained through service. Camaraderie and loyalty are two under-advertised aspect of service, one which many veterans lament the lack of when transitioning back into civilian life. By focusing on a universally powerful part of service, the British Army is also able to embrace and promote changing understandings of masculinity and gender roles as components of serving in the Army.

“Your Army Needs You,” the most recent British Army recruitment push, builds on the established narrative that people of all walks of life can find a place in the Army to emphasize the strengths of younger generations bring to the Army. The campaign's billboards received mixedfeedback when released earlier this month, telling “Snow Flakes, Your Army Needs You and Your Compassion” and “Me Me Me Millennials, Your Army Needs You and Your Self-Belief.” The billboards came down after a two weeks, having achieved the goal of sparking conversation about the nature of service.

It's worth noting that negative feedback to the new British Army campaign mostly originated from older generations of veterans who predictably argue that the next generation of soldiers will never measure up to previous generations. This is a deliberate misunderstanding of the campaign, which purposefully does not buy into stereotypes about Millennial and Generation Z “snowflakes”; instead, the campaign conveys that the British Army sees value in younger generations that society does not. Indeed, initial results show the British Army has seen strong positive feedback from the target audience of British 16-24 year-olds, with a record number of attention and interest compared to past campaigns.

Given that one of the biggest challenges of recruiting is “figuring out which version of the Army to pitch to whom,” the Army has proven unable to seriously challenge its established self-vision and narrative. In attempt to appeal to a broader audience, USAREC will “get outside the wire” to engage with the public through attending sporting events, job fairs, participating in electronic-sports, and hosting video game tournaments. This is an initial foray into new types of outreach for USAREC, and although recruiting still fundamentally relies on recruiters hitting the pavement, theArmy could accept more risk in the content it promotes.

And therein lies the challenge: the Army must challenge instilled societal ideas of service and who serves rather than falling back on tried and true depictions of soldiering. While Maj. Gen. Frank Muth, commanding general of USAREC, has made a point to combat the idea “that serving in the Army is dangerous” — “He said only a small percentage of those in the Army directly participate in active land combat,” as NPR put it. “The rest work in a variety of around 150 different jobs' — the “Warriors Wanted' campaign does not reflect the prevalence of jobs in the Army, nor those differing experiences.

A strong economy and societal misconceptions will always be a challenge army recruiting (both British and American). Continuing to put forth combat-focused operational advertisements will not change young people's or society's perception of the Army and will instead reaffirm stereotypes. Without challenging existing narratives of Army service, it is unlikely to see progress.

SEE ALSO: The Recruiters: Searching For The Next Generation Of Warfighters In A Divided America

WATCH NEXT: The T&P Guide To Which Branch You Should Join