Here's how the Gerber Dime stacks up after half a decade. 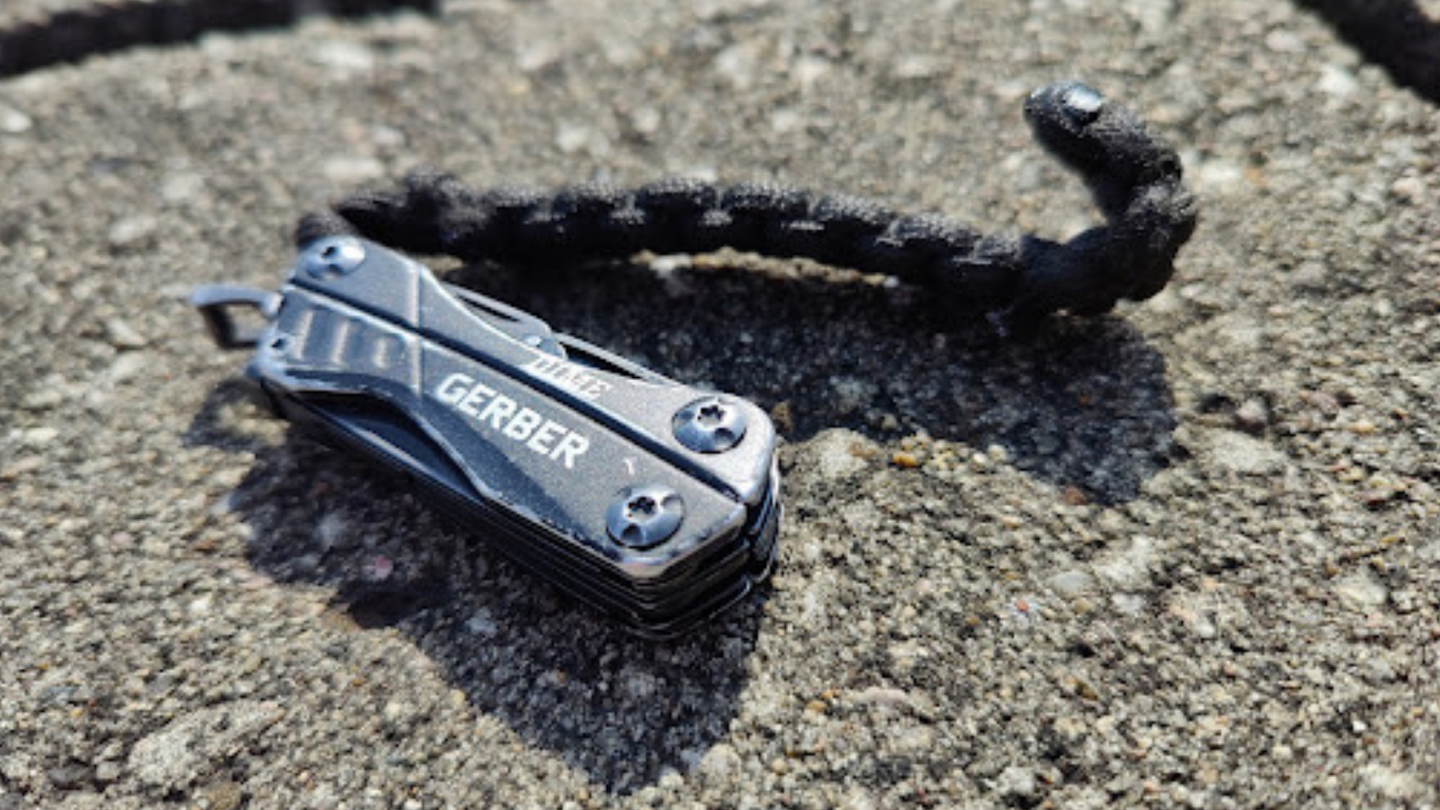 The Gerber Dime multitool is a fun-sized and practical everyday multitool, affordably priced at around $25. Capable of handling many small jobs, the Dime — which is named as such as “the most valuable change you’ll find in your pocket,” according to the company — is a direct competitor with other micro multitools such as the Leatherman Micra, all of which go head-to-head against utility pocket knives like the prototypical Swiss Army Knife made by Victorinox and Swiss Gear.

Designed as a companion small enough to always have in your pocket or on your keychain, this device allows for quick access to a small set of tools for household repairs such as mundane box opening and minuscule jobs that shouldn’t require dragging out even the home toolbox, known in my house as “mom’s tools.” At 2.2 ounces and less than three inches long when closed, this tiny tool packs a big wallop when it’s put to the task.

I have owned and used this tool for over six years, and it still continues to impress, both with its durability and the high level of value I’ve gotten from it. At the low cost of under $25, this thing costs the same as lots of gas station knives and won’t break when you first use it.

Unboxing this tool was likely super fun, and may have involved fireworks and a shirtless warrior riding in on a stunning, shimmering unicorn, but I cannot for the life of me remember it, as I unboxed this tool well over six years ago. From what I can find, this tool comes either in a small bag inside of a small cardboard box, if ordered from Gerber and some online retailers, or it comes in a plastic blister package when purchased at a physical store, or at some other online retailers.

The packaging looks to be fairly cheap, which checks out, considering the device inside is a budget-level pocket multitool. However, the tool itself is incredibly sturdy. As I mentioned, it’s been the better part of a decade since I received the Dime as a Christmas gift from my wife, and I have carried it every day. This shows in what is left of the anodized finish, applied over the stainless steel used in its construction.

While I couldn’t find a lot of info on the metal used to construct the Dime, I did find one website which says that it utilized stainless steel for both the tools and housing, and from what I can tell, it is then anodized and the cutting edges sharpened. I have not had any issues with rusting of the various exposed edges, even those which came coated, so unless you try to fight a Balrog with it, the Dime should stick around for a while.

Pliers are an obvious necessity for a Gerber, and these itty bitty pliers actually do have quite a bit of utility. The point of the pliers meet up with a slight separation closer to the wide section intended for grabbing nuts, bolts, and other wide objects. There are also a pair of wire cutters built directly into the pliers, as found on most pliers nowadays.

The rest of the tools and functions are all found on the outside of the Gerber Dime without opening it, which I found to be quite useful as it means getting to a tool takes next to no time. Directly along the outside of the spine on one side is a very sturdy bottle opener that stays deployed full-time but, surprisingly, rarely gets caught in my pocket. A keyring, to which I affixed a paracord keeper bent to hang on my pocket, and a small pair of bent-nose tweezers finish out the most exterior of tools.

The rest of the tools fold out from the outside of the body, and include a sheepsfoot straight-edge blade, which does still cut quite well but, lacking a lock-out device, has limited utility. In a pinch, you could eat a banana with it, though large apples may prove challenging.

Perhaps the most useful tool on the Dime: a package opener with a small angled blade that allows cutting of tape and packaging materials without damaging the contents. This is my most-used tool, by a lot. There is a pair of scissors, which work well but are possibly made for ants. You could hypothetically create arts and crafts with them, but they are tiny and rarely used.

Finishing out the list are the pair of screwdrivers, one a wide flathead, useful for driving screws as well as prying, and a smaller pointed screwdriver, for Phillips head and smaller flathead screws. This is where the file is also found, on either side of the Phillips driver are a hatched, and double-hatched file, neither of which have been found to be useful.

How we tested the Gerber Dime

Long-term, daily carry of this tool for six years included countless packages sliced open plus hundreds of small jobs, all of which perhaps put this tool to its longest endurance test, though certainly not its most grueling. I’ve probably pulled this in and out of my pocket a couple thousand times, and aside from the edges rubbing down to bare metal, the construction quality is very good.

Given this multitool was a gift from my wonderful partner, I did not abuse it terribly, but it has still been pushed quite far for what it is, being pulled from my pocket literally thousands of times, and used recklessly more than a few times. I have not had many issues with breakage on this tool, though I have not tried to use it for anything crazy, like leveraging vehicle lugnuts off their threads with it.

The one breakage it has experienced is when I had some trouble getting to a bolt head with a proper tool, and tried to use the needle-nose pliers to hold the head still, which twisted the tips of the pliers out of alignment. They still didn’t break, but they don’t line up anymore, which hasn’t stopped them from being used, nor whether it closes properly.

The finish of the tool, if I remember correctly, did stick around in its original form for a couple of years, but enough friction with even the softest of pockets will eventually strip most of the anodized material away. The only real downside to this is it no longer looks like a tool that comes standard with the Batmobile as the stainless steel construction means there is no rust on this tool.

I absolutely adore the package opener on this multitool, and it does not seem to be a standardized tool on every multitool yet, which I find appalling. Prior to having a package opener, I thought a knife or scissors would always be more than enough, and obviously, we’ve survived this long without having itty bitty blades built into our multitools, but being able to split open a box without being cautious with the rest of the blade is a time saver for sure.

The weight and size of the tool as a whole is also a huge plus. This thing is tiny, weighs nearly nothing, and provides a ton of function to my every-day-carry. Construction is incredibly well done, without much excess.

Finally, the tweezers are more useful than any of the others I’ve seen in my day, such as those found in a Victorinox, and I’ve pulled bee stingers and splinters out with no issue as to their ability to grasp.

Not a single one of the tools actually locks in place. This does, I’m sure, save on manufacturing cost, weight, and size, but it does make me always pick a locking pocket folder for any real cutting versus using the knife blade on this multitool (I’ve cut myself way too many times with non-locking blades).

Additionally, the pointed small-tip screwdriver is right up next to the keyring when it gets used significantly more than the wide-tip flathead driver, which seems backwards to me. I utilize this driver much more than the large one, but if my lanyard is in the way when in use, I am certain a set of keys would be as well.

This knife is well worth the price for what it does, though it has never replaced a tool in my daily pocket loadout. I would absolutely buy another should this one break somehow, and will be keeping it around for years to come. I highly recommend that if you don’t carry a multipurpose tool like this, you get one. You won’t notice it hanging around until you need it, and it has well surpassed its cost with its value. Seriously: 11/10, would be happy to see in my stocking at Christmas again.

FAQs about the Gerber Dime

Q. How much does the Gerber Dime cost?

A. This multitool can be found on sale for under $20 on Amazon, or up to $25 direct from Gerber.

A. The base Gerber Dime is not technically approved, given the knife blades, but there is a separate Gerber Dime Travel, with many of the same features, that is approved.

Q. How big is the Gerber Dime?

A. The Dime is seriously pint-sized, measuring 2.75 inches long and weighing 2.2 oz.

Q. Will the Gerber Dime replace a full-sized multitool?

A. No, though many features are shared with a larger multitool, the Dime is meant for smaller jobs and menial tasks, not the heavy-duty usage of a full-sized multitool. I would say that they occupy separate levels of size and utility.