Editor’s Note: A version of this article was originally published on NYC Veterans Alliance’s blog. Since my brother Mike’s service-related... 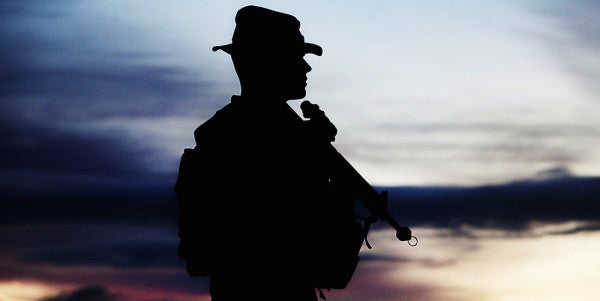 Editor’s Note: A version of this article was originally published on NYC Veterans Alliance’s blog.

Since my brother Mike’s service-related suicide in October 2010, I’ve experienced many an awkward pause when the inevitable “What does your brother do now?” question comes up. That September is Suicide Prevention Awareness Month doesn’t diminish those awkward pauses, nor does it make it all of a sudden any easier to talk about suicide. It’s a difficult topic that many Americans feel ill-equipped to discuss.

This is the time of year we see a surge in social media posts on suicide prevention, where well-intended people offer themselves as “a port in the storm,” or challenging others, “I bet not one of my friends will copy/paste this message” about suicide prevention resources. Others link to vital resources available to those in crisis and ways that family and friends can keep an eye out for signs and help those in need. These are all important to spread awareness, yet 20 veterans still die by suicide every day and 44,193 Americans die by suicide each year. It’s as if we, the “unaffected,” expect the signs that our loved ones are struggling to be visible. We assume there will be one or more cries for help. We assume there will be a marked difference in our loved one’s behavior.

It’s true that there are warning signs and signals; in fact, The American Foundation for Suicide Prevention has a very helpful list of things to look for. But when I go over the timeline leading up to my brother’s death, I see a hundred signs we caught and a hundred more we missed.

When Mike came home from Iraq, there were a lot of things going on in his life that increased his level of stress, which caused us concern. He was drinking more than usual. He had a shorter temper and his memory was spotty. He had a decreased appetite. But he’d also just gotten back from war, and we wanted to give him space to readjust to life at home on his own timeline. We were trying to be understanding and to show empathy for experiences we would never share.

Not that we didn’t talk to him about it. We asked how he was doing. We told him we were there for him if he needed it. He had been honest with some of what he saw in Iraq (he was in Ramadi and Fallujah), and we offered to talk it through if needed. He swore he was fine, even when we pushed a bit harder than usual. He famously told my father after one such questioning, “Hey Old Man, not to worry, I got this shit covered!”

And he did seem to have that shit covered. He proactively went to get treatment at the VA, where he’d sometimes wait for hours until the doctor could meet with him. He was pursuing a career in social work so he could help other veterans with their transition. He helped his fellow Marines when they were on the brink and battling their own suicidal thoughts. “He’s the last person who would do this,” they said.

What I’ve learned through my family’s experience, as well as from relationships I’ve been fortunate to forge with other suicide loss survivors over the last seven years, is that it’s too easy to rationalize away the warning signs of suicide. It’s just as easy to miss, hide, or explain away red flags as it is to be in denial that a partner is being unfaithful, a parent is sick, or a friend has a substance-abuse problem, despite the overwhelming evidence.

What I’ve also learned is that while awareness is very important, it is also just the start of what’s needed to save lives. Helping those in times of crisis needs to start before they’re in crisis. It’s going to require difficult one-on-one conversations. It’s probably going to get messy and your loved one will potentially get annoyed with you.

It requires that we, the loved ones, walk a fine line between hypervigilance and enabling concerning behavior.

We can’t find ourselves inadvertently romanticizing the stories of those who die by suicide, but we also can’t avoid it and treat it like dirty little secret either.

It’s not easy. Despite losing my brother, it’s still difficult for me to talk about suicide with people I don’t know. When I’m concerned about a loved one, I still have that voice in my head that says, “Don’t push it. They’re just having a hard time. Give them a little bit to get their feet back under them.”

If I can dare to speak on behalf of my survivor friends, I’d say that many of our loved ones seemed to be dealing with it, until they weren’t. I think it’s safe to say we would all be willing to risk them being frustrated with us if it meant we would still have them with us today.

So, share the resources and status messages on social media. We absolutely must all be more aware of the signs and how to get people help. But back that up with real and personalized action. Call your loved ones and don’t let them off the hook when your gut is telling you something’s wrong. Volunteer your services with organizations offering counseling. Find local groups, like the NYC Veterans Alliance, that are connecting service members with the help they need.

The first step to helping that person you love is letting them know they aren’t alone. Don’t be afraid to make your presence known.