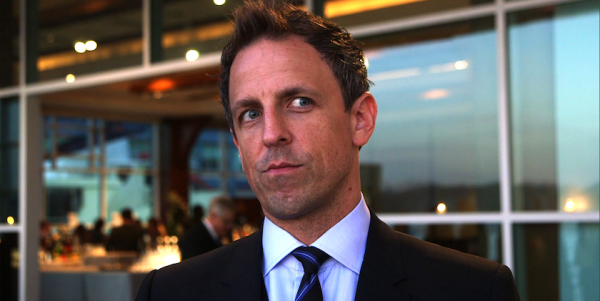 The fundraiser brought in $1.2 million through ticket sales, auctions, and donations.

Speaking off stage, Meyers spoke with Task & Purpose about his frustration with political gamesmanship over veterans issues.

“It strikes me that this should be the most non-partisan issue in Washington,” he said. “I find it hard to believe that one party values veterans more than the other, and yet it doesn’t seem to me that they come together with enough frequency to actually help veterans.”

Meyers offered a worthy perspective on gridlock in Washington over veterans issues — especially in the wake of the 2014 Veterans Affairs Phoenix scandal, which sparked ongoing criticism of systemic failures across the VA.

So perhaps it falls on advocates and donors at fundraisers like the Words of War Gala to fill the gap in support for veterans. One attendee, Francesca Sanford, said she was moved to tears several times during the Headstrong event.

“It’s incredible to see what they do for so many people that fight for us,” Sanford said.

To learn more about getting help or donating, visit getheadstrong.org.