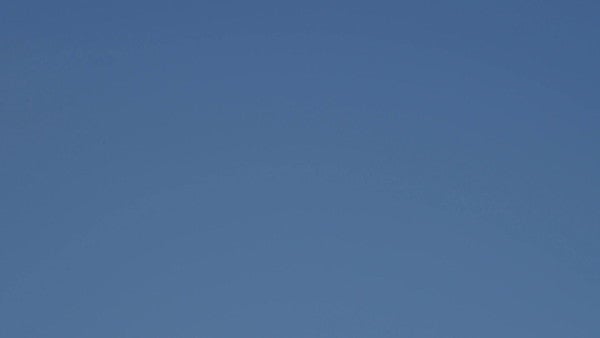 After eighteen years of troubled and controversial development, the Lockheed F-35 Lightning stealth fighter may soon enter mass production, many of its bugs having been expensively squashed after delivery of an initial four-hundred “low-rate-of-initial-production” aircraft.

As reported by Insinna and Larter, on two occasions late in 2011 an F-35B and F-35C flying near their maximum service ceiling of 50,000 feet damaged themselves using their afterburners to attain speeds of Mach 1.3 and 1.4.

Remarkably, these eight-year-old incidents had not been previously reported to the public, despite numerous critical reports by the Government Accountability Office and Department of Testing & Evaluation.

Officially, all models of the F-35 have a maximum speed of Mach 1.6, though such speeds are rarely attained in routine operations. Like all but a few jet fighters, the F-35 relies on afterburners to sustain supersonic speeds. These bypass the jet's turbine to inject fuel directly into the tailpipe, producing a huge boost in speed at the expense of gulping fuel and causing a brilliant plume of hot exhaust to trail behind the fighter, as you can see in this video.

However, the documents obtained by Defense News reported that heat from afterburner exhaust caused an F-35B to experience “bubbling and blistering” of its radar-absorbent materials (RAM) and of its horizontal tail surfaces and boom.

Heat damage also “compromised the structural integrity” of the horizontal tail and boom of an F-35C. Sensitive sensors buried inside the skin of the rear tail surfaces could also have proven susceptible to damage.

To “reset” the afterburner allowance, they must then allow three minutes non-afterburning flight for the tail area to cool down to avert damage.

Though looser restrictions on safe afterburner usage exist for other jets, the document apparently acknowledges the restrictions imposed on the F-35B and C are “not practical/observable in operationally relevant scenarios.”

After all, a pilot in a combat situation would likely struggle to count exactly how many seconds the afterburners have been cumulatively engaged while attempting to manage the many other tasks demanding his or her attention.

An F-35 pilot might still choose to exceed afterburner limits during an urgent combat scenario, accepting the risk that the plane might sustain “degradation of , damage to antennas, and/or significant horizontal tail damage.” However, this could then result in the jet being removed from operations while it awaits depot-level maintenance, which could be especially problematic for carrier-based squadrons.

The Pentagon and Lockheed Martin, however, maintain the problem is minor—noting that the damage occurred only near the F-35's maximum altitude, and insisting that since the incidents in 2011 the afterburner damage has never been replicated despite multiple attempts.

F-35 program lead George Ulmer characterized the tests as being performed at the “highest extremes of flight testing conditions that are unlikely replicated in operational scenarios.”

Furthermore, new thermal coatings first introduced on Lot 8 of the F-35s have reduced the risk of thermal damage. However, Ullmer also admits the coating hasn't eliminated the problem, which is deemed too rare to warrant further correction.

This last caveat, combined with the fact that the restrictions on afterburner-usage apparently still remain in effect, strike a discordant note to the confidence that the afterburner damages reported in 2011 were merely freak incidents.

Though rare, pilots may resort to sustained afterburners in scenarios, such as attempting to intercept bombers or missiles racing towards an aircraft carrier—an especially vital job for carrier-based fighters.

An F-35 seeking to evade incoming enemy fighters or anti-aircraft missile might also resort to sustained afterburners. Stealth aircraft are by no means completely undetectable, and part of the way Lightning pilots will seek to manage the threat posed by more agile incoming fighters is by keeping their distance.

Of the other Category-1 deficiencies, the most serious is an incident reported on by Aaron Mehta in which the lift fans on an F-35B vertically landing on the amphibious ship USS Essex failed to generate enough thrust due to ambient temperatures above 90-degrees Fahrenheit. The Lightning managed to land, but its pilot was “shaken.”

Obviously, high temperatures are common in areas such as the Middle East, and such failures could lead to hard, damaging landings or accidents. Though the incident was apparently unique, it reportedly risks occurring to F-35Bs which have flown for more than 750 hours and are heavily loaded for combat operations.

The F-35 program leads do admit the problem could recur and have begun implementing software patches and recalibrated throttle valves to address the problem.

The Navy is also dissatisfied that the F-35's radar can only perform tight-beam rather than wide-area searches for ships at sea; however, maritime scanning capabilities are set to be improved in the forthcoming Block 4 upgrade.

Insinna and Mehta also cover the extensive problems in both functionality, cyber-security and data-sovereignty associated with the F-35's ALIS ground-based logistic systems. These well-known problems have proven so pervasive they may lead the Air Force to simply develop in-house software to replace it entirely.

As successful fourth-generation jets like the F-16 and F-14 Tomcat also had troubled early services lives until their bugs were weeded out, the F-35's proponents argue the new jet is merely experiencing typical growing pains.

Lockheed Martin maintains the newly revealed flaws by Defense News are either on the verge of being fixed or have not been experienced with any frequency. However, the failure to report these supposedly rare problems may inspire some doubts about the program's transparency as it pushes for approval to begin full-rate production.