The Military Doesn’t Really Want To End The Forever War

Alexis de Tocqueville rightly notes that democratic armies crave war; the draft must be reinstituted in America in order to … Continued 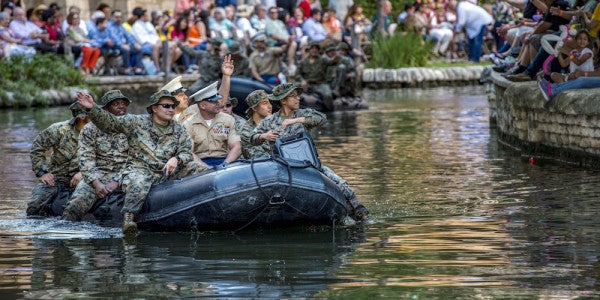 Alexis de Tocqueville rightly notes that democratic armies crave war; the draft must be reinstituted in America in order to protect the Republic from this desire. Selective Service will achieve this by forcing the average American to re-engage with military policy and evaluate if our current wars are worth their lives or those of their loved ones.

Buried near the end of Alexis de Tocqueville’s masterpiece, Democracy in America, lies a chapter entitled, “Why Democratic Nations Are Naturally Desirous of Peace, and Democratic Armies of War.” Seventeen years into the Long War—or the War on Terror—and Tocqueville’s insight seems especially relevant for America.

According to Tocqueville, civilians in a democracy naturally desire peace because military service would prevent them from pursuing their own economic interests. These citizens have—or are striving to accumulate—property and wealth that military service and war could jeopardize. Thus, there is a great resistance to war in this class of citizens.

This desire for promotion becomes an issue for the Republic when one considers, as Tocqueville did, that promotions are notoriously slow in democratic militaries in peacetime because the force shrinks and there are few opportunities to rise above competitors through valorous deeds or especially proficient combat leadership. During war, on the other hand, the military expands, more officers receive promotions, and there is more opportunity to gain the experience or accolades that will earn one promotion faster. Therefore, military officers associate armed conflict with greater prospects for wealth, status, and prosperity. It should also be noted, however, that this martial ambition is not all bad. This author—a former active duty, now reserve Army officer—recognizes that this martial zeal can be a very good and virtuous thing in the right circumstances. But this zeal needs its proper counterbalance.

Throughout much of American history, the military establishment’s desire for war has been tempered by society’s desire for peace. In 1864, the public believed that casualties were too high and that the Civil War had dragged on for too long. Only Sherman’s timely victory at Atlanta prevented peace-seeking George B. McClellan from ousting Abraham Lincoln from the White House and ending the war with an independent Confederacy. During the Vietnam War, society succeeded by preventing LBJ from seeking re-election, ultimately winding down the war. While there are admittedly dangers of a public with too much influence on military policy, it is worrying that this natural check on martial ambition is so tempered in America today.

The Long War is now in its seventeenth year and there seems to be very little outcry from American society (anymore) to end it. This is because the Long War only affects the all-volunteer military community, which is naturally desirous of war for the aforementioned reasons.

Society needs to re-engage. According to the CATO Institute, the costs of the Long War have far outweighed the benefits, and the interventions have actually increased instances of terrorism without making Americans safer at home. This is because American (and Allied) military operations inevitably invite blowback; whenever a terrorist—or an innocent bystander—is killed, others rise to avenge them. This explains why, according to Stanford University, there were around 30,000 fighters in Islamist-inspired foreign terrorist organizations in 2000, but nearly 110,000 such fighters in 2015.

Over a year into this new administration, and it looks like America is doubling down on the Long War. Troops levels have risen in Afghanistan, Americans are fighting in Syria, and the conflict has spread to Niger and beyond. Tocqueville was right; the military has little interest in ending this war. The American public must be forced to re-engage, and a draft will make it do so.

Bryan Baker throws down the history at Veritas Preparatory Academy, a classical liberal arts academy, but soon will be dropping the hits at another venue. He also is an Intelligence Officer in the US Army Reserve. Bryan is pursuing a M.A. in International Security Studies through the University of Arizona. His previous articles have been featured in Small Wars Journal and Real Clear Defense. The opinions expressed in this article are those of the author alone; they do not reflect the positions of any organization with which the author is affiliated.