If you followed my old Foreign Policy column, you’ll probably remember that I have long been interested in leadership and... 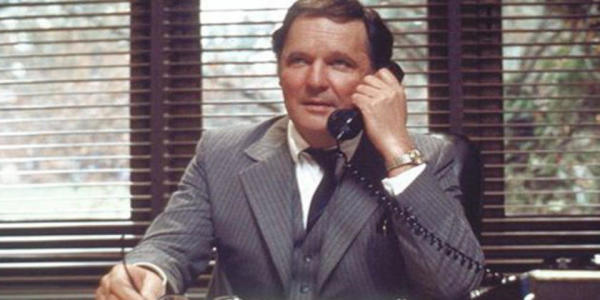 If you followed my old Foreign Policy column, you’ll probably remember that I have long been interested in leadership and organization problems at the National Defense University.

Well, it seems they haven’t gone away, according to a statement I received recently about a situation at one of NDU’s subsidiary outfits, the Dwight D. Eisenhower School for National Security and Resource Strategy (formerly known as the Industrial College of the Armed Forces).

The nine-page complaint I have here on my desk, filed by a faculty member named James Hasik, is mainly about a department chair Hasik found abusive, in the form of what he terms “a steady stream of abuse, harassment, intimidation, and threats.”

Hasik had only joined the school in September 2017 but claims he found himself carrying an unusually heavy teaching and administrative load, especially for a newcomer. “The Eisenhower School is regrettably short on accomplished academics in business and economics,” he wrote in the complaint.

That’s a concern because the mission of the school is to teach military officers about mobilizing the U.S. economy for war. Or, as the school’s website puts it, to prepare “military officers and civilians for strategic leadership and success in developing national security strategy and in evaluating, marshaling, and managing resources in the execution of that strategy.”

The department chair, a former Romanian diplomat, is depicted in Hasik’s statement as a conspiriatorial plotter. Hasik says that early in his time at the school, the chair told him that “he was seeking to engineer the removal of our then-dean of faculty and economics, Professor Mark Troutman.”

In June of this year, when Hasik finally went to Dean Troutman to complain, he states, the dean told him he “himself had just resigned, under pressure from the commandant.”

Hasik then went to the provost, who told him to go to Leigh Ann Massey, NDU’s chief of civilian personnel. I don’t know what she did with Hasik’s allegations. I e-mailed her the other day, to ask her whether she finds his statements credible and if so, what has been done. She didn’t respond to me, but I heard back on Friday from NDU’s public affairs officer, who sent me this statement:

NDU strives to provide a positive work environment for all employees and takes seriously any allegations of behavior that could undermine a positive, productive workplace. Once informed of Dr. Hasik's concerns, NDU leadership directed an independent inquiry into the Eisenhower School’s workplace environment. This inquiry did not substantiate the allegations but did reveal opportunities to improve the workplace environment. NDU Vice-President then directed the new Eisenhower School commandant, who took over in September, to take action on the inquiry's findings and recommendations in order to improve the workplace climate at the Eisenhower School; those actions are in progress.

That’s good federal bureaucratic mush—they didn’t find problems, they found opportunities! I followed up by asking just what actions have been taken. If they tell me anything, I’ll post it in the comments on this item.

On the face of it, this lingering situation appears to me to be inconsistent with NDU’s stated goal that it “shall always foster and promote a culture of trust, honesty, and ethical conduct.”