A Hidden Value of Small Warships 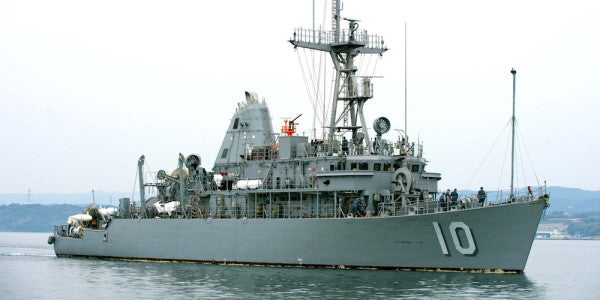 Small warships don’t just carry out missions, notes retired Navy Capt. Wayne Hughes, author of the standard book on fleet tactics. They also give younger officers a chance to command a warship, long before trying to do so with cruisers and carriers. Likewise, they give the Navy a chance to evaluate skippers, and screen out the officers who just aren’t cut out for the job.

In an interview in the February issue of “Proceedings,” Hughes says:

I had command of a minesweeper as a junior lieutenant, and after that I had no fears about safe ship handling. There is a lot to be said for early command of a small warship. By giving small ship commands to junior officers the Navy got a chance to sort out who was a good seaman and leader and who was not, well before they commanded a destroyer or other valuable warship. We need more small combatants to train to fight in confined waters where the collisions occur.

I have a small twinge of recognition here. It is a stretch, but when I am out sailing my little sloop on the salt water, albeit always within sight of some land, I am conscious that I am responsible for the lives of those on board. I’ve learned, through time, to keep that fact in mind while unconsciously integrating four different continuous thought processes: Where is the boat, and especially, what is below it? Where is it heading? How are the sails doing? And what weather is coming at me? The equation changes constantly.