So, little grasshoppers, I remember some 20 years ago I was visiting an experimental Army unit that was field testing … Continued 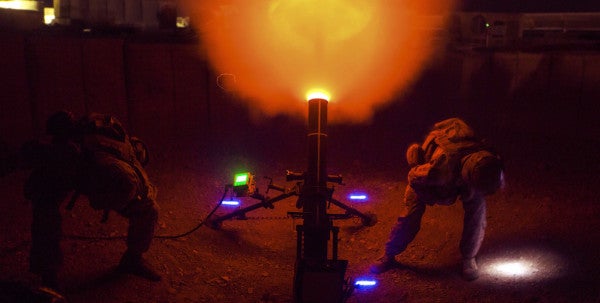 So, little grasshoppers, I remember some 20 years ago I was visiting an experimental Army unit that was field testing new technologies and, just as importantly, new organizational structures to best use them.

The lieutenant general overseeing all this told me that he thought the company commander of the future would have most of the tools under him that a division commander in World War I would have—that is, infantry, machine guns, some armored vehicles (in the modern case, robots), and even aviation—that is, UAVs, both for recon and strike, giving him or her indirect fires.

I remembered that conversation when I was reading the March issue of the “Marine Corps Gazette,” in which Maj. Chad Buckel states that:

The future rifle squad should consist of fifteen Marines, with three fire teams of four Marines and a headquarters element of three Marines. They should be equipped with the IAR (infantry automatic rifle), the M4A1, the M203/M320 grenade launcher, an LMG , counter-unmanned systems weapons, the person role radio, and UAS (unmanned aircraft systems).

That’s an awful lot to dump on one squad leader, who also would be qualified as a “joint fires officer.” As my friend Colonel Keith Nightingale might ask, Who would be focusing on keeping them moving and shooting?