Quality squad leaders are made, not born. They are trained by other internal experienced NCO’s. The position of squad leader... 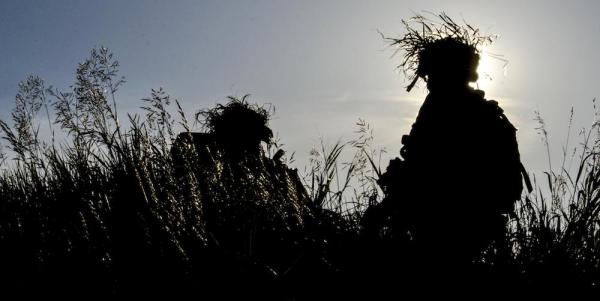 Quality squad leaders are made, not born. They are trained by other internal experienced NCO’s. The position of squad leader is the least experienced and the most junior of all infantry positions. Yet, it often is the most important on the field of battle as well as the least capable of supervision. Combat forces a largely independent action environment on the squad despite the finest communication technology available. In the heat of the moment, the squad reacts with deeply visceral, immediate impulsive responses to an enemy. The only control mechanisms are previous training and immediate leadership. And that is, inevitably, a squad leader.

When decisions regarding the promotion of a potential squad leader are suborned to paper qualifications of the perfect NCOES system, the people who most know and understand the faults and/or qualities of the man/woman are significantly denigrated. Yes-Joe has all the qualifications required so he gets promoted. Jack doesn’t qualify even though everyone knows he is the better of the two. Careerists will ensure that they block check requirements and can afford to subordinate their immediate supervisor’s authorities. Historically, we have seen this with every program that “centralizes” decisions from the immediate leadership to the perfect management model.

The most important factor a squad leader E5 has is the ability to actually lead troops in a positive manner. Knowledge of all the basic skills, individual and collective, empathy for and evaluation of subordinates, eye for detail and personal example are the keys to success. Most important, is the reservoir of confidence the squad leader, acting or otherwise, has retained with his/her troops.

Only immediate superiors can evaluate these qualities. A highly schooled, made all the block check requirements person, may look great on paper as “Highly qualified,” yet be a complete bust in the field. The platoon sergeant, 1st sergeant, CSM would know this, a distant school or promotion board would not. Relying on evaluation reports is always fraught with danger as any participant knows. The truth is usually subordinated to the good, vice the reality of bad.

This picture makes the point. The image is an accurate depiction of what our Grunt Infantry is all about. It also holds the secret of its success. While the unit is of one Service, it could just as easily be Marines in Falluja or soldiers next to the Pak border or DMZ. It is the Infantry squad.

They listen intently to the next mission and accept their fate amongst their brothers—the tightest family they will ever know.

They are bonded in battle that no degree of time or future act can dissipate. They have painful experience and hard won skills in mortal issues, and they will display them in protection of their small group as determined as the most ardent Tiger Mother would her children. Secretary Mattis may give them the best technology, but success will be determined by leadership as the ultimate lethal weapon.

When all the weapons systems and sophisticated support apparatus costing billions of dollars have expended their total capability, these Grunts will rise from the smoke, mud and dirt and determine the ultimate outcome. Nothing else can do so. As a matter of Infantry management priority, this ought to be recognized by permitting the people best qualified to judge on the ground leadership to select the best qualified, not necessarily the most qualified by a personnel model.

The residue of the personnel selection system will take and hold the ground, or not. At the lowest level, the result is both the cheapest, and yet most valuable weapons system in our inventory. The squad may be provided the best technology on the planet to fight. But, if it does not know how to use that technology to its limit, and are led by less than the most competent leaders, the larger initiative is lost as to its intent.

The Mother of Battle has bred the members of the squad and they serve, have served, and will serve all of us with the highest honor, dedication, and pride they can. Historically, they would permit nothing less. We not only owe them the best technology, we owe them the best leadership to use that technology. While a squad is all of us, it is also so much more.