How to Read Tom Ricks’ Books

I recently got a note from someone new to this here Long March. He liked it, and wanted to read... 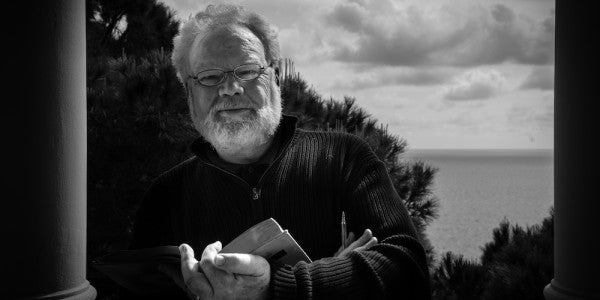 I recently got a note from someone new to this here Long March. He liked it, and wanted to read more by me. So, he inquired, “How should I read your books?”

That question intrigued me. It had never occurred to me.

On reflection, I think the place to begin is where I recently ended, with the Afterword to my most recent book, on Churchill and Orwell: The Fight for Freedom. As I wrote that last section, I considered it almost my literary last will and testament—a statement of what I believe is important, and how to live by it.

Then flip back to the beginning and read the rest of that book. You’ll get a good chunk of World War II history, and also spend time with two of the best writers of the 20th century—not a bad deal.

Where you go after that depends on your interests.

If you want a fun book that explores American military culture, go back to my first book, Making the Corps.

But if you are more interested in the American war in Iraq, go to my two books about that—Fiasco, about the beginning of that mess, and then The Gamble, about General David Petraeus leading the U.S. military in taking a different approach in 2007. (Spoiler: It worked tactically, but not strategically, because Iraqi Shiite leaders did not see any need for reconciliation with the minority Sunnis. Given their recent electoral victory, they seem to have been right.)

You say you are more in the market for an overview of U.S. military history over the last 75 years, then pick up my biggest book, The Generals: American Military Command from World War II to Today. Every one of my books is, in some form, an attempt to address a question that has been nagging me. In this book, that question was, “Why did we once win our wars, but now no longer win or end them?” The key to this book is accountability. We once incentivized our generals to take risks, and removed those who didn’t or who failed when they did. Now we incentivize them to avoid risk altogether. We fire generals for personal foibles, but not for battlefield failure.

What’s next for me? I am just beginning writing a history of the educations of our first four American presidents—Washington, John Adams, Jefferson, Madison. In very different ways, each was steeped in the politics and culture of ancient Rome, and that in turn shaped their views of how to design a new American government, and then to sustain the new republic. It’s a fascinating way to get myself mentally out of Trumpistan, while at the same time addressing the question of how we went from Washington and Jefferson to what we have now.