Relief, Ousters, And Other Military Mischief

–The Air Force booted the commander of an air mobility wing at Scott Air Force Base on grounds of lost... 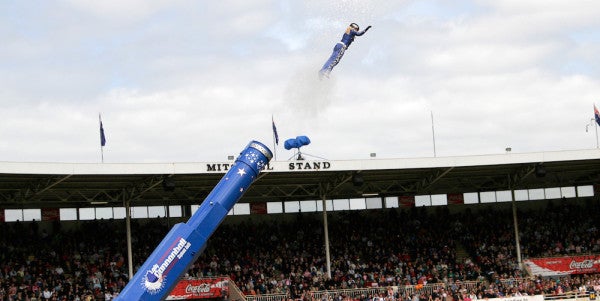 –The Air Force booted the commander of an air mobility wing at Scott Air Force Base on grounds of lost confidence, and said sexual misconduct was involved. He’d been in the job about six months. (Tom learning event: I didn’t realize an air wing has about 3,000 people.)

–In other weird military personnel news, the Marine Corps promotion board for E-8 (do you know what a “master sergeant” is? Lots of people don’t) blew up on the launch pad.

–Three people were indicted after some machine guns and a grenade launcher went missing from a South Carolina National Guard armory.

–Trend? A moron was sentenced to 18 months imprisonment after listing for sale on the internet .50 caliber armor piercing ammunition and smoke grenades stolen from Nellis Air Force Base.

–You probably know this, but in case you don’t, the U.S. Navy is contemplating bringing charges of negligent homicide against two Pacific Fleet skippers who had a total of 17 sailors killed aboard their destroyers in collisions. (See today’s other item.)

Tom’s personnel policy question of the day: Why isn’t the U.S. Army better about announcing reliefs? Seems kind of irresponsible to me, especially when compared to the practices of the other, more open services.