The next time we have a big war, I think the Navy will be our armed service that is caught... 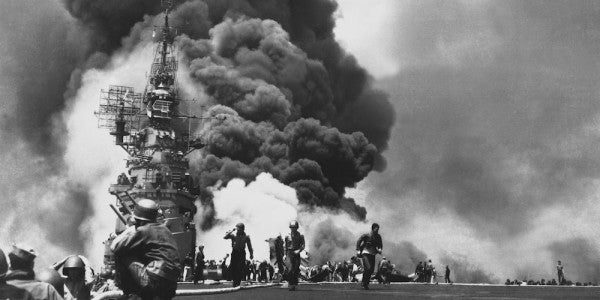 The next time we have a big war, I think the Navy will be our armed service that is caught the most flat-footed.

Why? Because it hasn’t had its nose bloodied since 1945. That’s a long time to go without facing a serious combat challenge.

Yes, it has had violent losses, such as aboard the USS Stark. But there is not a single person wearing a Navy uniform that has experienced a full-on attack by an enemy fleet.

What will catastrophe look like? Well, to get a notion, rub together these two sentences from the September issue of Proceedings:

“Two things are certain in the perennial carrier debate—the Navy will have carriers for decades to come, and as long as it does, the argument about their centrality to the fleet will continue.”

And then, just five pages later, this:

“Hypersonic threats are beyond the ability of any current U.S. systems to engage.”

See what I mean?