Why Veterans Should Continue Their Service After The Military

Just over a year ago, the Joint Chiefs signed a letter addressed to all of those who have served in … Continued 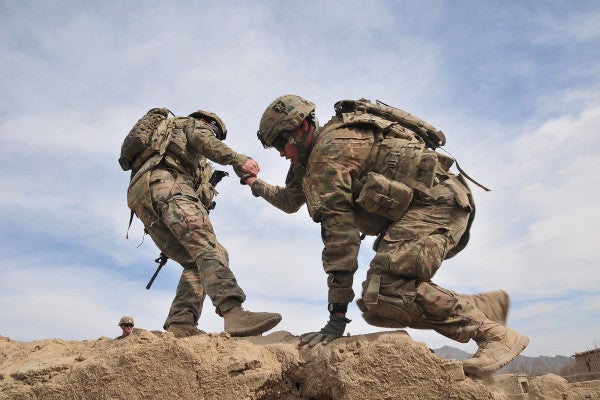 Just over a year ago, the Joint Chiefs signed a letter addressed to all of those who have served in uniform since Sept. 11, 2001, recognizing that they “stepped forward as volunteers” when our nation needed them most. With an eye toward the future and the understanding that approximately one million service members will hang up their uniforms in the next five years, the Joint Chiefs implored service members to apply their “experience, intellect, and character” in their communities as veterans. Aptly, the letter has come to be called “The Call to Continued Service” — a rallying call for veterans to seize opportunities to make a difference and apply their intrinsic leadership traits to enhance their new role within their civilian communities.

As with many things in the military, The Call to Continued Service did not reinvent the wheel. Rather, the Joint Chiefs’ 2015 letter was inspired by a letter issued by Gen. Jonathan Wainwright to discharged troops following the end of World War II. Wainwright encouraged World War II veterans to “start being a leader as soon as you put on your civilian clothes.” As hindsight shows us, we now look back on those veterans as being part of the Greatest Generation, designated as such not just because of their unprecedented sacrifice in support of one of the greatest wars the world has seen, but also because their service and leadership extended beyond their time in uniform to strengthen their economy, government, and society writ large.

We are witnessing inspiring examples of service throughout the country by post-9/11 veterans. While not necessarily causal to the release of The Call to Continued Service, veterans are seeking a similar sense of purpose and mission-oriented work in their civilian communities as they experienced during their military service.

Related: Do these 5 things when transitioning to civilian life »

One of the largest federal agencies, the Corporation for National and Community Service, affords more than five million Americans the opportunity to serve and improve the lives of their fellow citizens through service. Often recognized more by its sub-programs AmeriCorps and Senior Corps, CNCS recently launched the National Veterans Corps to honor and recognize the nearly 1,300 veterans who continue to serve their country as AmeriCorps members in high-need communities doing meaningful, mission-oriented work for the betterment of the country.

Joseph Clay, a former Marine Corps sergeant now serving in AmeriCorps through Teach For America, is just one example of the thousands of National Veterans Corps members who are continuing to make a difference in their country through national service.

In 2012, Teach For America launched its initiative called You Served For America, Now Teach For America to help bring more veterans, just like Clay, into the fight against educational inequity and in effort to help veterans and military families find their next opportunity in the service of our nation. Teach For America believes that military veterans have unique experiences and leadership abilities that can add real value to the classroom.

Prior to joining Teach For America, Clay served as an infantryman in the Marine Corps from 2004 until 2008. In 2006, he deployed to Ramadi, Iraq, to lead combat operations in an area that hosted the highest concentration of IEDs in the country at that time. After being honorably discharged from the Marines, he joined the Kansas Army National Guard and received cross training as a combat engineer. In 2010, Clay separated from the National Guard due to increasing symptoms of post-traumatic stress.

Seeking an opportunity to continue to serve, Clay joined Teach For America in 2014, after graduating from Wichita State University with a bachelor's degree in political science. He now serves as a math teacher in one of the highest needs areas in the country – Tulsa, Oklahoma – where his experience and leadership helps students break free from the cycle of poverty and set their sights on a brighter future.

For Clay, teaching is gratifying because he easily identifies with the experiences of students in high-need schools and impoverished communities. As a child, he also endured the challenges of poverty, but dreamed of one day changing his reality.

“These shared experiences are why the work I do is so important to who I am, and why I went into a life of service that started in the Marine Corps and has led me to Teach For America and AmeriCorps,” Clay said in an interview, “As a teacher, I can help my students break free from the cycle of poverty and set their sights on any future they envision for themselves.”

These shared experiences are not the only factor that motivated Clay to continue serving. He also credits his experiences as a Marine for inspiring his dedication to service and toward working for the betterment of the country.

On June 16, 2006, Clay was forever changed when his convoy was ambushed outside of Ramadi, Iraq. Every Marine in the convoy was injured in the attack and Clay lost two of his best friends. Clay’s vehicle struck an IED and the injury he sustained that day serves as a constant reminder of just how lucky he was to walk away. He views Teach For America as an opportunity to honor the dedication and the sacrifice of the 16 Marines from his unit who didn’t make it back home.

“Joining Teach For America has allowed me to carry on my friends’ legacy as I impact the lives of Tulsa’s youth every day as a math teacher at East Central High School. I get the chance to live the memory of my fallen brothers in the classroom,” said Clay.

The Call to Continued Service does not prescribe how veterans continue to serve, only that they should once they’ve taken off the uniform. Military service imbues veterans with indelible and enduring qualities that when shared with their communities make them invaluable civic assets. These characteristics can be further developed through national service opportunities, like AmeriCorps. Not only does national service offer transitioning veterans avenues to apply their leadership and gain additional skills, but also connect veterans with durable pathways to high-quality employment that enables long-term success.