The Norwegian resistance fighter who led a detachment of commandos on a daring mission to derail Nazi Germany's efforts to... 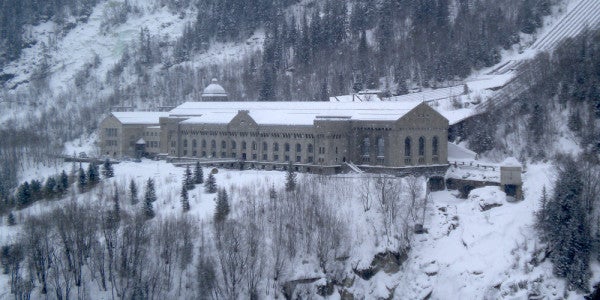 The Norwegian resistance fighter who led a detachment of commandos on a daring mission to derail Nazi Germany's efforts to engineer the first atomic bomb will finally rest easy in the halls of Valhalla.

Lt. Joachim Ronneberg, who at the age of 23 led a cadre of soldiers on a stealth mission to sabotage a critical Nazi-controlled hydroelectric plant in Operation Gunnerside, has died at 99, the New York Times reports.

He was the last surviving member of the nine-man team that, on Feb. 28, 1943, parachuted into the snowy wilderness on a mission to disable to equipment dedicated to the production of heavy water, a crucial yet scarce component of the German atomic program that had previously survived a failed sabotage attempt by British soldiers.

And it was one hell of a mission, as Timothy Jorgensen previously wrote:

The Vemork plant clung to a steep hillside. Upon arriving at the ravine that served as a kind of protective moat, the soldiers could see that attempting to cross the heavily guarded bridge would be futile. So under the cover of darkness, they descended to the bottom of the ravine, crossed the frozen stream, and climbed up the steep cliffs to the plant, thus completely bypassing the bridge. The Germans had thought the ravine impassible, so hadn’t guarded against such an approach.

The Norwegians were then able to sneak past sentries and find their way to the heavy water production room, relying on maps of the plant provided by Norwegian resistance workers. Upon entering the heavy water room, they quickly set their timed explosives and left. They escaped the scene during the chaotic aftermath of the explosion. No lives were lost, and not a single shot was fired by either side.

“There were so many things that were just luck and chance,” Ronneberg told the New York Times in 2015. “There was no plan. We were just hoping for the best.”

Ronnenberg and his team of saboteurs became national heroes to their countrymen, and with good reason. Thanks to Operation Gunnerside, the German atomic program was stymied beyond repair, allowing the United States to develop the atom bomb first and bring the war to a close without a full-blown invasion of the Japanese home islands.

But despite an ongoing historical debate over the threat posed by the German atomic program, Operation Gunnerside remains one of the lesser-told stories of heroism from World War II. As the New York Times notes, even Ronnenberg himself didn't fully understand the impact of the stealth operation until the end of the war.

“The first time I heard about atomic bombs and heavy water was after Americans dropped the bomb on Hiroshima and Nagasaki,” he told the Times in 2015. “Then we started to understand our raid and why,” that the German atomic effort could have ended up with London “looking like Hiroshima.”

But even then, Ronnenberg knew the mission was a matter of life and death. As Jorgenson previously wrote, Norwegian Royal Army Colonel Leif Tronstad left the soldiers with an unusual message when he handed out their suicide capsules. “I cannot tell you why this mission is so important,” he said, “but if you succeed, it will live in Norway’s memory for a hundred years.”

Rest easy, Ronneberg. You earned it.