UNSUNG HEROES: The Airman Who Took Control Of Air And Ground Operations Under Enemy Fire 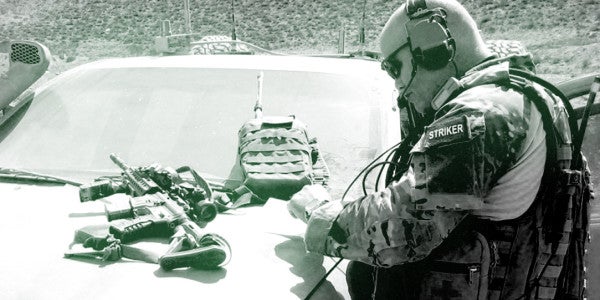 Since Sept. 11, 2001, the Air Force has given out 71 Silver Stars for valorous actions. Two of those belong to Master Sgt. Thomas Case, one from Iraq in 2003 and the other from Afghanistan in 2009.

During his 2009 deployment, Case was embedded with a U.S. Army Ranger unit. On June 17, his unit was instructed to conduct a nighttime mountain operation in the Khost-Gardez Pass. The assignment was to destroy mountain camps set up by insurgent forces in the area.

Throughout the treacherous hike, Case was charged with controlling air support in the form of an AC-130 gunship. But after scaling nearly 1,000 feet of mountainous terrain, he realized they were off route, but he used an intelligence, surveillance, and reconnaissance aircraft to set their path straight.

Once they were able to confirm the enemy’s position, Case made the move to call in dangerously close air support. In order to protect his platoon from friendly fire, he stood up and exposed himself to both air support fire and enemy fire in order to pinpoint the exact location of the enemy camps.

During the battle, while directing multiple aircraft overhead and returning enemy fire with his M-4 rifle, he noticed two enemy fighters with AK-47s zeroing in on his ground force commander. Case immediately put himself between the fights and his commander to protect him from gunfire. He then took them out with his M-4.

Case took out both.

“At that time, I was a little bit older than most of the guys so, I’m a little paternal,” Case told Air Force news. “It was automatic for me to step in front of the commander.”

After taking on sustained air fire, the enemy repositioned on higher ground and began launching grenades down the mountain slope. This left the Rangers exposed. Case realized that in order to complete the mission and protect his platoon, he needed to have eyes on their positions.

According to his Silver Star citation, “While under direct fire, he climbed 50 meters up a 60-degree incline with near-zero visibility from the dust to join the lead fire team. He fixed his radio and directed four AC-130 air strikes, and then threw a grenade to eliminate incoming insurgents just seven meters away.”

Case’s coolness in running both ground and air operations, and willingness to step into the line of fire to protect his team, earned him his second Silver Star, making him one of only three men in the post-9/11 Air Force to be awarded this distinct honor twice. He is the seventh U.S. military member to receive two Silver Stars in the Global War on Terror.

On November 13, 2014, at his medal ceremony, Maj. Gen. H.D. Polumbo Jr., the 9th Air Force commander, said, “Master Sgt. Case answered his Nation's call and defended his country with his life. He is the embodiment of our legacy of valor and will always be part of our proud heritage. He epitomizes our warrior ethos and is the ‘wingman, leader and warrior’ our Airmen want to follow.”