The federal Department of Veterans Affairs announced Wednesday it will cover the costs of assisted reproductive technology because of service-related... 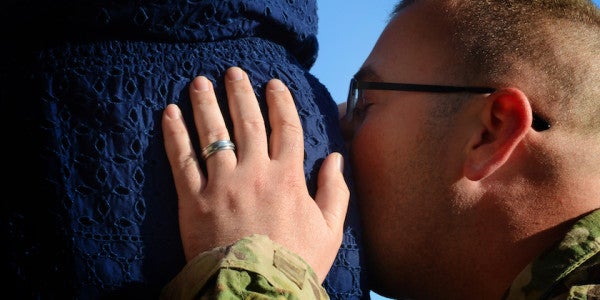 The federal Department of Veterans Affairs announced Wednesday it will cover the costs of assisted reproductive technology because of service-related injuries.

U.S. Sen. Patty Murray, D-Wash., championed the expanded coverage, which begins Thursday, by spotlighting the severe injuries of veterans from the Iraq and Afghanistan wars that left them unable to conceive naturally.

Related: When The Costs Of War Impact The Capacity For Intimacy »

Many of these injuries resulted from buried bombs that exploded as troops were on ground patrols. The risks were so serious that the Army developed a protective Kevlar “diaper” worn outside the uniform to help prevent such wounds.

The VA had been unable to cover the costs of some fertility services because of a ban enacted by in Congress in 1992. Murray played a lead role in getting language inserted last year into an appropriations bill that authorized the VA to provide the new coverage through 2018.

Murray said she will work to make that coverage permanent.

“When you sign up to serve our country, you deserve the best possible care, no matter what,” Murray said in a statement Wednesday.