A Mexican immigrant couple living in Brooklyn attempted to visit a family member stationed at Fort Drum, New York, on... 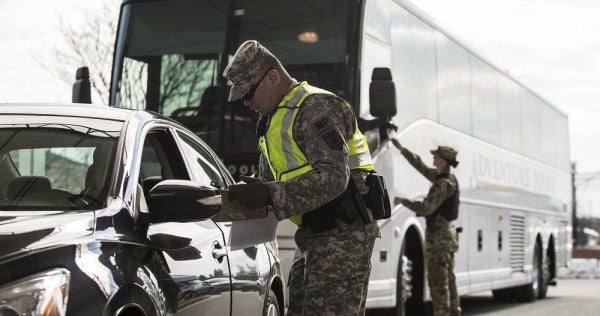 A Mexican immigrant couple living in Brooklyn attempted to visit a family member stationed at Fort Drum, New York, on the Fourth of July before his upcoming deployment — but instead, they were detained at the base gate, questioned by Border Protection agents, and taken to an Immigration and Customs Enforcement detention facility miles away, according to a local NBC news affiliate.

Related: No, President Trump Is Not Purging The Military Of Immigrants »