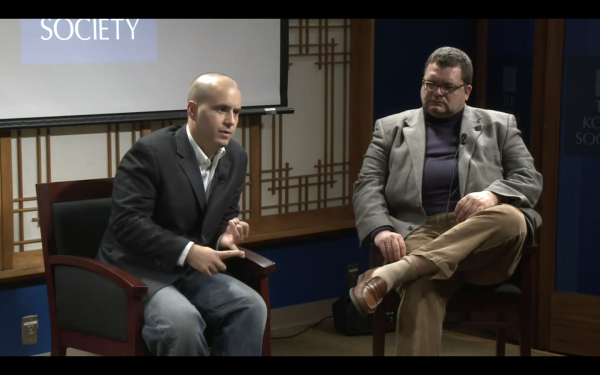 His path to the military

Brian Iglesias grew up in Jackson, New Jersey, a town close to the Jersey shore best known as the home of Six Flags Great Adventure. One of four children born to a single mother, he knew that going to college wasn't going to be as simple as writing a check.

“At times, my mom worked four jobs,” said Iglesias. He explained that when his best friend and fellow football player went to meet with a recruiter, he decided to go along.

In 1995, Iglesias enlisted in the U.S. Marine Corps, serving as an enlisted Marine and obtaining the rank of staff sergeant. Taking advantage of the Marine Corps Enlisted Commissioning Education Program, which allowed him to remain on active duty while attending college and the Reserve Officer Training Corps, he was commissioned as an infantry officer in 2002 through the University of Pennsylvania ROTC program.

“It was my path to a better life,” said Iglesias, who graduated with a degree in film from Temple University.

Iglesias served three combat deployments as an infantry officer, eventually receiving injuries that required surgery on his neck, and left him with permanent damage in his right arm. The combination of the injury, as well as family considerations, led him to begin transitioning from active duty.

“It was time for me to pursue my personal interests,” said Iglesias. He left active service as a Marine captain in 2008, although he continues to serve as a reserve major.

Path to becoming an entrepreneur

When asked if he had a plan to transition from active service, Iglesias replied, “I had an assumption.”

Having left the Marine Corps at a time when there were not many hiring initiatives in place, he found that his plan to send out resumes and get a job was less than adequate.

“I was overqualified to get started, but underqualified for mid-level work,” said Iglesias. After about six or seven months, he finally made the decision to go into business for himself.

After making that decision, Iglesias attended the Entrepreneurship Bootcamp for Veterans with Disabilities, hosted by Syracuse University. The boot camp is taught in three phases, including a self-development module, residency class, and continuing education component that are designed to help veterans learn the basics of business ownership, and how to use their skills to succeed.

“I had a dream and a passion,” said Iglesias, who took what he learned at EBV and started his own film production company.

For their first project, Iglesias and his producing partner, also a Marine Corps veteran, decided to produce a documentary on the Battle of Chosin, a pivotal battle of the Korean War.

“The world didn't need another movie about WWII,” said Iglesias, explaining why he chose that particular topic. He added that the Battle of Chosin is a familiar battle to all Marines, who learn about it in both enlisted and officer schools. It is a part of their tradition and heritage, and they often feel a special relationship with Korean War veterans.

Currently, Iglesias' production team continues to build The Chosin Project from a documentary to a continuing creative project through animated shorts, comic books, and other media ventures.

“It's been really important,” said Iglesias, who added, “We're really focused on expanding [The Chosin Project] into a feature film and television series … We're telling more of the story.”

Advice to veterans transition out of the military

The most important piece of advice Iglesias would give to transitioning veterans is: “Don't do it alone. Don't transition alone.”

It might be easy to feel that way when you get off of active duty, and “…your buddies are scattered all over the country,” said Iglesias. But he emphasized, “You were successful in the military because you were part of a team.”

Although most branches of service now offer several hiring initiatives and transition services, such as the Army Career and Alumni Program, Iglesias encourages newly transitioning veterans to build their own transition team.

“Don't be afraid to pick up the phone and cold call firms,” said Iglesias, who currently volunteers with several organizations that help transitioning veterans, including Veterans in Film and Television and the EBV. “You're not looking for a handout … you're looking for support.”