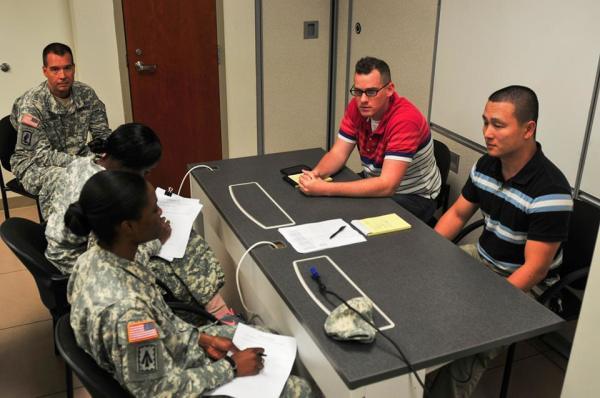 But I discourage you from using a military skills translator when evaluating military talent or allof your roles — there are some roles where the best plan is to assess and select the new hire is based on the candidate’s potential. Jobs that have an operational-leader-type focus — such as production supervisor, frontline leader, branch team lead, etc. — can best be filled with veterans if the evaluation approach is determining who shows the greatest potential to be an outstanding hire. The same can be said for jobs that focus on sales, client facing roles and business development positions.

There are many candidates who will qualify as top-tier candidates for your roles where the requirements are proven leadership skills, engagement skills, and learning agility. A military skills translator is not going to help you with this assessment — your thorough review of the resume and a screening of the candidate will. Many candidates bring tested leadership skills and learning agility as some of their top attributes. These are valued competencies for your supervisor, manager, or even business development roles.

A perfect example is a person we hired at Eaton; it was his first job out of the military. He was leaving the Army as a junior military officer and had served in the Army’s military police. If we had relied on a military skills translator, we would only be matching him up with security type roles. However, he was hired as a frontline leader in a manufacturing environment and now serves as project lead. He was making a move straight from the military and had no manufacturing experience. But he met the job’s basic qualifications: a bachelor’s degree and at least two years in a leadership role. The review of his resume and screening process highlighted he achieved sustained superior performance in each role he held in the Army. Regardless of the task there were quantifiable top performance bullets and examples of how he excelled in his assignments. Nothing but excellence was left in his wake. If we had relied on a military skills translator to assess him for the role, he would have never been hired and we would have missed out on this talent for our organization.

Use a military skills translator to help you determine if a service member’s job fits some of the technical requirements and qualifications of the role you have open. But, use your own assessment skills and process by reviewing and engaging a candidate to determine if their potential can lead to an outstanding hire for your company.