The U.S. Army is looking to replace its “Army Strong” slogan with something that has a little more pop, a... 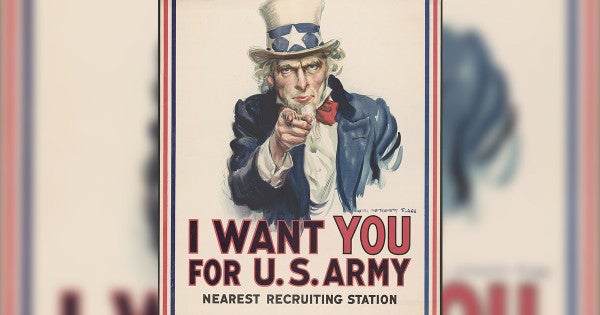 Sgt. Maj. of the Army Daniel Dailey said Monday the service wants to change up its marketing strategy in order to tell “the full story of being a soldier,” according to Military.com.

Since 2006, the slogan around recruiting offices and in those snazzy commercials has been “Army Strong,” and before that, it was the epic fail that was “Army of One.” While the current tagline still resonates, according to Dailey, it doesn't really hype everyone up as much as “Be All You Can Be” — which was so successful it ran from 1980 to 2001.

“We are looking at it really hard right now,” Dailey said. “Of course, there are differences of opinion from the marketing folks.”

So what should they go with next? Take notes, sergeant major.