In honor of #NationalBossDay — because, sure, that’s a holiday — an enterprising, or unsupervised Marine behind the service’s Twitter... 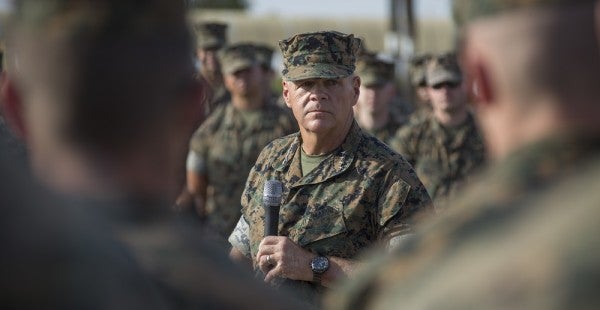 In honor of #NationalBossDay — because, sure, that’s a holiday — an enterprising, or unsupervised Marine behind the service’s Twitter account took the opportunity Oct. 16 to ask the Marine Corps commandant, Gen. Robert Neller, for a favor:

Can we celebrate with a 72? pic.twitter.com/oz9B28vcsb

So how’d the Corps’ top Marine respond? About as expected:

No. Nice try though.

Jarheads are probably better off this way, since an impromptu three-day weekend would likely require a vehicle inspection and liberty plan.