Trump Wants Troops To Tell Him How To Win In Afghanistan. Here Are Some Suggestions

With American troops still serving in Afghanistan — it’ll be 17 years in October — and a beleaguered Afghan National... 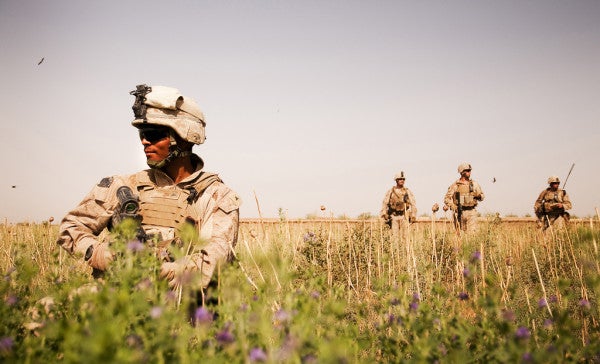 With American troops still serving in Afghanistan — it’ll be 17 years in October — and a beleaguered Afghan National Army facing a resurgent Taliban and nascent ISIS threat, President Donald Trump wants a plan. While much of the decision-making appears to be in Secretary of Defense James Mattis’ hands, the commander in chief isn’t just looking to his generals and top advisors for input. Trump wants to hear “from people on the ground,” according to the Associated Press.

On June 18, the president reportedly met with service members to hear what they think needs to be done to bring the country’s longest war to a close.

Related: The 10 Dumbest Ways You Injured Yourselves In The Military »

Because White House boardrooms don’t have enough space for every Afghanistan veteran, we reached out to Task & Purpose readers on Facebook to get your input on what “winning” looks like in the graveyard of empires. Of the more than 1,000 responses, here are some of the suggestions we picked out:

Can we even win?

Too little, too late.

Then there’s the hands off approach.

And the really really hands off approach.

Hit the Taliban where it hurts: the wallet.