Are Veterans Too Rigid In New Relationships?

In April, I wrote an article for Task & Purpose on why I am so difficult to date, and why... 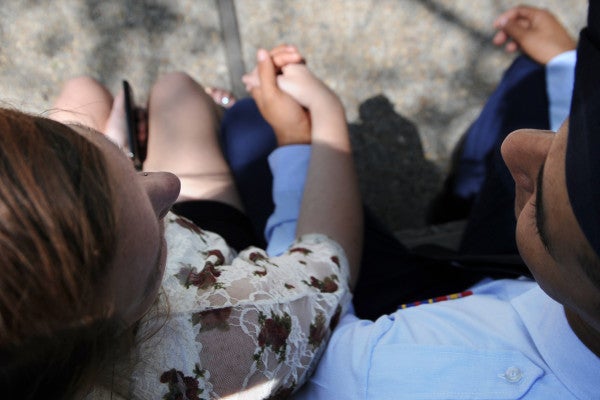 In April, I wrote an article for Task & Purpose on why I am so difficult to date, and why I find it tough to connect on some levels with those who think “PT” means physical therapy instead of waking up at some terrible hour to run some horrible number of miles.

Since then, I’ve tricked someone into hanging around. (Purely by chance, he is a former Marine, giving credence to another Task & Purpose article about why one should date a veteran.) We keep our own schedules, we exchange jibes about each other’s service, and we have yet to have a significant argument as most things seem fairly trivial. He treats me well; we don’t argue; all is well.

Then the other day, he mentions that he doesn’t use a calendar.

Maybe it was my enlisted time, having to not only be in the right time, right place, right uniform, but having to be there before my soldiers because of the whole 15 minutes early to the 10 minutes early to the preformation formation before Reveille. Our officers strolled up sometime later, usually about 20 minutes after I could no longer feel my toes.

Maybe it’s the two years of post-brain-rattle occupational therapy driven into my head that makes me feel as though I would die without Google calendar, which is synced to my phone, which is synced to the Evernote photo I took of the dry erase board hanging over my desk.

Maybe it’s just annoying when I can’t plan more than a few days ahead of time and that fills me with anxiety.

Whatever it is, the very thought of not using a calendar put me into such a state of panic that it made me consider this shortcoming a potential dealbreaker — a fatal flaw.

Fatal flaws are part of my mental checklist of idiosyncrasies that make or break my patience with others. They are what make me want to just curl up on my couch and eat ice cream and watch Netflix. Alone.

All humans have flaws. I have about a million, the least of which being that I have two cats with whom I converse. (But, at least I know their schedules two weeks out.) I’m loud, I’m competitive, I’m opinionated, I have the mouth of a sailor, and I prefer clothes purchased at an outdoor store. I expect to be judged, I have my list as I evaluate potential mates.

But because something so small bothered me so viscerally, I started thinking, do veterans have too strong an opinion of what right looks like?

In the military, we were told what was expected of us through constant regulation and field manuals and counseling statements and command memos. If something was wrong, we were told to fix it. Our entire lives were owned by the service. Our rooms inspected. Our finances catalogued. Our off-duty habits analyzed. And we raised our subordinates the same way with the same standards, the same systems, synchronizing our calendars and our watches and our green notebooks.

Now that I’m out, I need to remember that standards no longer fit neatly into an inspectable item that I better have in my right cargo pocket. I have to give a little when dealing with, or dating, others. Otherwise, I really will become that crazy cat lady out here in the real world.

So is this calendar thing his fatal flaw? Maybe six months ago, it would have been.

But I’m getting better. I adore him, and he treats me well, he makes me laugh, and most importantly, puts up with my own flaws. I already forgave some other former dealbreakers, such as living within walking distance of my apartment, so my attitude is improving. I’m transitioning and becoming more flexible in my dating regulations.

Am I willing to give up my list entirely? No. We all have standards, and that’s a good thing. But he can track his appointments however works best for him. I’ll keep the list, but now the flaws aren’t so fatal as long as they’re balanced with the good qualities.

He’s not my soldier, he’s my friend. I’d rather keep him around, and he seems to like me enough to do the same. And that’s terrifying enough, thanks.