Nobody drops knowledge bombs like the Secretary of Defense 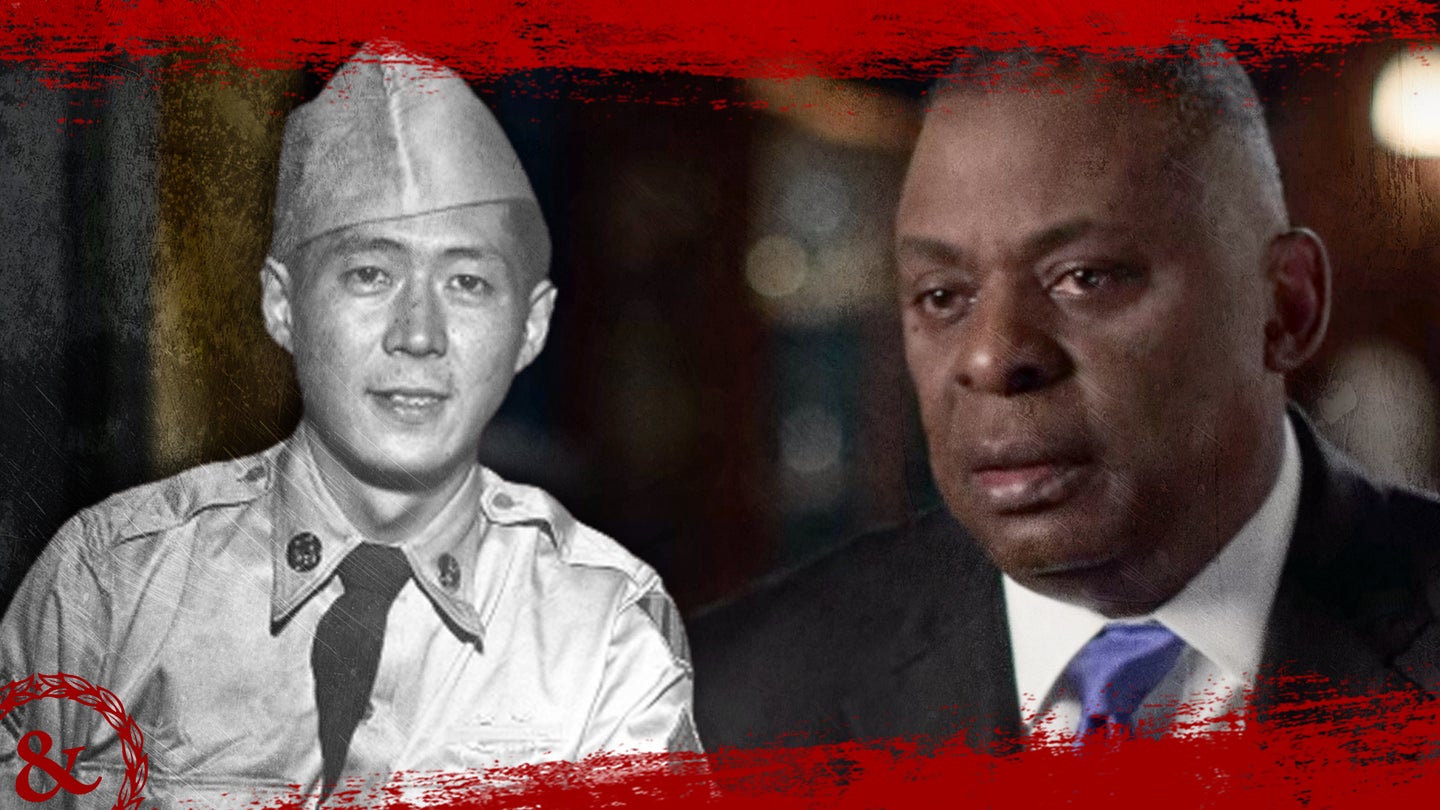 It turns out our brand-new secretary of defense is something of a movie star, or at least a documentary movie star.

That’s right, retired Army Gen. Lloyd Austin appeared in an episode of Medal of Honor, a 2018 Netflix documentary series about eight recipients of America’s highest military award for valor. But Austin doesn’t talk about recent recipients such as Clint Romesha or Ty Carter, who were recognized for their battlefield bravery in Afghanistan, where Austin also served. Instead, Austin helps tell the story of Staff Sgt. Hiroshi “Hershey” Miyamura, an infantryman who stayed behind to cover his comrades’ retreat during a fierce battle in the Korean War. The night was April 24th, 1951, and then-Corporal Miyamura and his squad of machine gunners were defending the South Korean capital, Seoul, from Chinese troops.

“Hershey and his men were resolved to defend that city at all costs,” said Austin, who is labeled in the episode as “General, U.S. Army (Ret.).”

Unfortunately, there weren’t enough men, and Miyamura and his fellow soldiers were spread too thin across the frontline. A thousand enemy troops snuck through the gaps and surrounded the American positions before attacking in waves. The Americans held on as long as they could, but there were too many Chinese troops to hold off forever. It was during that onslaught that Miyamura made a fateful decision.

“I’m sure that if you asked Hershey what was going through his mind, he wasn’t thinking about being a hero,” Austin said. “He was thinking of doing what was necessary to protect his teammates.”

Miyamura ordered his troops to fall back, choosing to sacrifice himself to cover their retreat. He killed more than 50 Chinese soldiers before running through all his ammunition and charging them himself.

“I think he went berserk,” said Vincent Okamoto, the most highly-decorated Japanese American to survive the Vietnam War, who wrote a book about Miyamura and his battle buddy Joe Annello. “He picked up an M1 rifle with a bayonet and he charged right into the face, the wave, of these Chinese.”

“Clearly, his training allowed him to be effective as he engaged the enemy,” he said. “But the act of doing that is 100% personal courage.”

Unfortunately for Miyamura, the Chinese soon came under fire from American mortars while he was still behind their lines.

“The Americans, they didn’t know that Hershey was still there,” Austin said. “When last seen, he was fighting ferociously against an overwhelming number of enemy soldiers.”

Unbeknownst to his buddies, Miyamura was captured by Chinese troops. He and many other Americans were sent on a forced march hundreds of miles north to a prisoner of war camp rife with disease and starvation. Forty percent of all POWs died before making it home, but Miyamura somehow survived over two years there.

When the fighting stopped in 1953, Miyamura was released, weighing less than 100 pounds. He was the first down the gangplank to greet his family when his boat arrived at the dock in San Francisco, and his hometown of Gallup, New Mexico put on a parade for him. But he barely put his bags down when he received orders telling him to go to Washington D.C. to receive the Medal of Honor from President Dwight D. Eisenhower.

“’I’m kind of nervous myself, this is one of the first ones I’m gonna put around a soldier’s neck,’” Miyamura recalled Eisenhower saying to him.

“I never, ever thought I would receive the Medal of Honor for doing my duty, which I thought that’s all I was doing, was my duty,” Miyamura added.

“I tried to help my fellow Japanese-Americans who, throughout America, we were and are, true loyal American citizens,” he said.

It’s a full-circle, considering that Miyamura and his family were nearly sent to the Japanese-American internment camps during World War II. He was also rejected from joining the Army at first because he was deemed an “alien” and thereby ineligible to serve. Later, he was able to join the Army only because it needed the manpower. In fact, his nickname, “Hershey” came about only because his fourth-grade teacher could not pronounce his first name.

Miyamura has inspired many people over the years, including the current head of the Department of Defense, whose authority in the military is second only to the President of the United States.

“Hershey did what needed to be done, and what he was most focused on was keeping those young men alive,” Austin said in the episode. “It was almost not fair that they were there, thrust in that very difficult position. Some family back in the United States of America was hoping that those kids would return. And Hershey was bound and determined to do everything he could to make that happen. And he did.”