Duct tape keeps the military going. What have you fixed with it?

Holding the military together since World War II 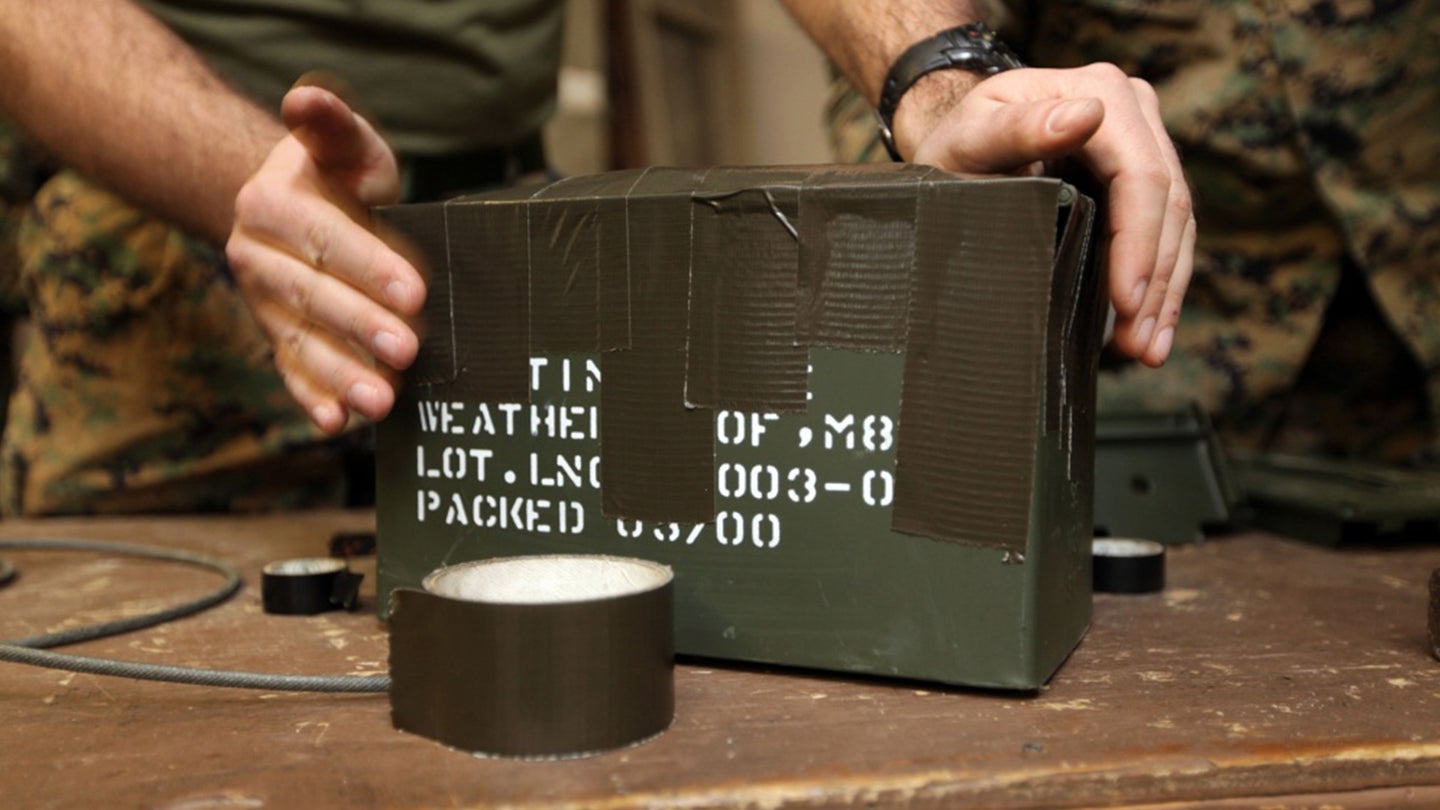 Whether you call it duct tape, 100-mph tape, or speed tape, there’s no doubt that it has helped hold the military together for decades, offering fast and simple fixes to everything from ripped rucksacks to off-balance helicopter blades.

In fact, the use of duct tape first became widespread during World War II because the mother of two sailors, Vesta Stoudt, worried that problems with ammunition box seals would cost soldiers precious time in battle. Stoudt proposed using a strong, cloth-based waterproof tape, according to Kilmer House, a history blog for the medical products company Johnson & Johnson. The War Production Board then asked Johnson & Johnson, which had experience making medical adhesive tapes, to develop a new tape based on Stoudt’s idea.

The invention was called “duck tape,” in part because it was waterproof — like a duck, get it? — and it soon became widely used by troops during WWII. After the war, it was used by civilians to hold metal air ducts together, according to Forbes, which led to the current name “duct tape.” But in the military the tape continued to see heavy use, as many service members can attest.

“I’ve repaired rucksacks with it, Hummer doors, radio antennas, patched holes in my poncho and Gortex jacket with it, used it to keep my shoes on my feet and CS gas out of my pants,” wrote Eric Daniel in a 2006 blog for Military.com. “You should never find yourself abroad without a roll of 100-mph tape in your pocket. Never.”

We at Task & Purpose want to hear more stories about that magical silver roll that has kept our national security apparatus running all these years. What amazing MacGyver-style fixes did you use duct tape for, and how did it turn out? When did duct tape help you squeeze the last few miles out of that dilapidated backpack, or keep an aircraft flying when it seemed impossible?

Drop us your stories in the comments below, and send pictures if you have them.