This three-gun shooting company let's you live out your wildest fantasies of being an intrepid slayer of the undead, as you make your way through a timed course, landing headshots left and right on flesh-eating zombies 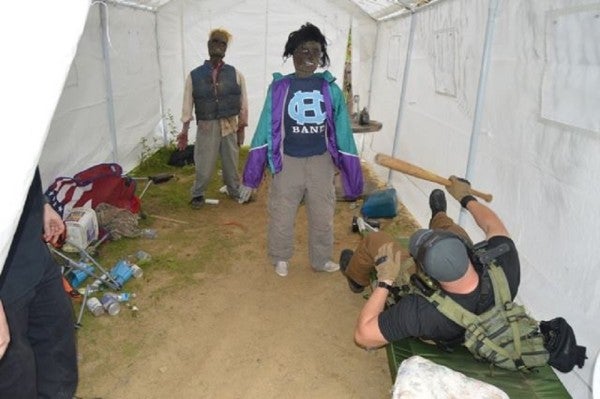 Remember the zombie apocalypse? It's that thing we all used to talk about in the before times. You know, that gory made-for-TV fantasy of holing up in a shopping mall and mowing down hordes of the walking dead as you and a trusty band of survivors rely on little more than your dead-eye accuracy to stay alive.

Well, Frank Jardim, a die-hard fan of the zombie genre, has spent nearly a decade making that a reality, according to a recent profile by Ben Philippi of Guns.com.

Called Zombie Shooters United, the Elizabethtown, Kentucky, three-gun shooting company let's you live out your wildest fantasies of being an intrepid slayer of the undead.

The course takes place at the Knob Creek Gun Range in West Point, Kentucky, where participants are allowed to customize their gear and weapons as they see fit: Baseball bat? Sure, why not. Daddy's shotgun and a revolver? Have at it. Your souped up AR-15 with all your newfangled gadgets? Live your truth.

Then, you're blindfolded, led to the staging area, and set loose on a timed course where you'll have to land head shots left and right if you want to avoid becoming a manwich.

And head shots are crucial. As Jardim tells Guns.com, the zombie targets are designed with a mechanism located where the brain would be that, when hit, causes the target to drop.

“The rules are simple so it’s not intimidating for new shooters,” Jardim told Guns.com. “It brings a lot of people into the shooting sports that were fans of the genre but not necessarily big into shooting.”

The life-sized targets are of average height and, for the sake of added realism, they have real human hair. I don't know why that last detail was so crucial, but kudos to Zombie Shooters United for going that extra mile.

Given the obvious limits placed on travel due to the novel coronavirus (COVID-19) pandemic, it appears that upcoming shoots have been postponed. But once all this is over, it might be worth checking out, given that they're all reasonably priced — between $63 and $80 for a run through the range.