Al Matthews, Marine Vet And Actor Who Played Apone In ‘Aliens’ Dead At 75

Al Matthews, the actor best known for his role as the grizzled platoon sergeant Apone in the 1986 sci-fi blockbuster... 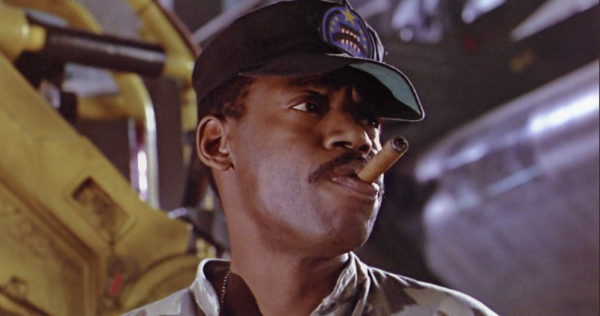 Al Matthews, the actor best known for his role as the grizzled platoon sergeant Apone in the 1986 sci-fi blockbuster Aliens, died at age 75 in Alicante, Spain, El Pais reports.

Matthews, who retired to Spain in 2005 after a lengthy film and music career, was found dead in his home on Sunday, according to El Pais. An autopsy is underway to determine the cause of death.

A Marine Corps veteran, Matthews’ resume included roles in Superman III, Fifth Element, and Tomorrow Never Dies, as well as the 1975 hit song, Fool. But it’s his role as Gunnery Sgt. Apone, the stogie-smoking, hardass platoon sergeant in charge of the ill-fated Colonial Marines, that Matthews will forever be remembered for, especially among fans who’ve served in the military.

In interviews, Matthews saidhis time in the Corps, which reportedly included multiple tours in Vietnam, had prepared him for playing Apone — and it also apparently made him an asset on set.

“Everyone’s instinct is automatically to put their fingers on the trigger, and they stopped doing that on set with me,” Matthews said in Superior Firepower: The Making of Aliens, a behind-the-scenes documentary about the film. “That’s the way I was trained. Thank you very much America. If you put your finger on the trigger when you’re talking or waving your weapon around, I’m gonna jam it down your throat. I’m gonna do that.”

As Apone, Matthews’ salty swagger — from his knack for delivering lightning-quick ass-chewings, to his his hip-pocket classes and moto-speeches — brought a level of military authenticity to an otherwise over-the-top science fiction thriller.

“All right, sweethearts, what are you waiting for?” Apone says as the Marines awaken from cryo sleep. “Breakfast in bed? Another glorious day in the Corps. A day in the Marine Corps is like a day on the farm. Every meal's a banquet. Every paycheck a fortune. Every formation a parade. I love the Corps!”

And that wasn't just Apone talking. Matthews himself appeared to love the Corps — and remained a proud Marine till the end, bristling in one interview, when the host, Bailey Ritz, asked: “Did you come out of the Army a different person?”

To which Matthews replied: “I wasn’t in the Army. I was in the Marines, thank you very much.”