Often called the “King of Instagram” in the media, Dan Bilzerian is as entertaining to some as he is controversial … Continued 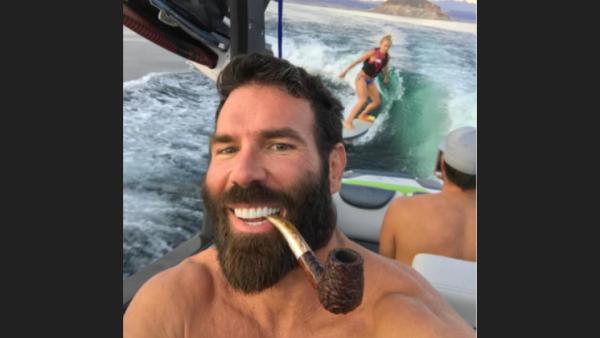 Often called the “King of Instagram” in the media, Dan Bilzerian is as entertaining to some as he is controversial to others. A multimillionaire, trust-fund beneficiary, and poker player, who documents his lavish and often-ridiculous lifestyle to 21 million Instagram followers, Bilzerian never tires of showing off his exploits hanging out on expensive yachts, jets, and fancy cars, all filled to brim with guns, booze, and most of the time, half-naked women.

There aren’t many things he hasn’t tried — his social media pages prove that — and recently, Bilzerian admitted that he’s long considered giving mixed martial arts a go. Bilzerian recently told MMA Junkie that he has thought about doing a mixed martial arts fight, but wants to go to an official training camp, and preferably, not take on any pro fighters.

“I’ll be 37 this year, so I better do it pretty fucking soon if I want to do it,” he said. “It’s tough nowadays because these fucking kids are training from the time they’re 6 or 8 – by the time they get in there, they’re so well-versed.”

Mike Fortin-Demers, a private investor in Longueuil, Québec, dropped a challenge to Bilzerian on Twitter on March 22, along with a tempting offer: $500,000 if the Instagram hot shot will step into the cage.

Hey @DanBilzerian , I'm ready to put $500k to fight you in MMA and show you what's a real alphamale is ! #fakealphamale #Iwantyourgirls

Well-versed in playing the odds, 24-year-old Fortin-Demers made most of his money from poker early on in his career, before moving on to the stock market, he told Task & Purpose in an interview. Because of this, Fortin-Demers knows a good deal when he sees one.

“I saw an article that Dan Bilzerian was looking to do an MMA fight and I just thought that was my chance,” Fortin-Demers said. “I think I can beat him, so like I said, I’m a private investor, so when I see an opportunity to make money I just take it and I think this opportunity is like really good. I’m willing to bet huge on it.”

Fortin-Demers has taken to goading Bilzerian into a fight on social media with the intent of taking it to the ring later.

The young investor says he knows Judo and Brazilian Jiu-Jitsu and competed on the national level for a few years, but doesn’t consider himself a top-level martial artist. Nonetheless, he thinks he’s skilled enough to challenge Bilzerian.

“I was thinking, this guy doesn’t want to fight a real MMA fighter,” Fortin-Demers said. “He’s going to get fucked up. The way he wants it, he wants a challenge. He won’t fight a nobody, so I have a decent background, but I’m not a top-level guy, and I have the money, so I think that’ll be a great match.”

No confirmation yet on whether Bilzerian will take up the gauntlet, but if he does, the match will likely go down in late 2017.