It’s time to shake off that tryptophan coma, and devour the last of the Thanksgiving leftovers, if you haven’t done... 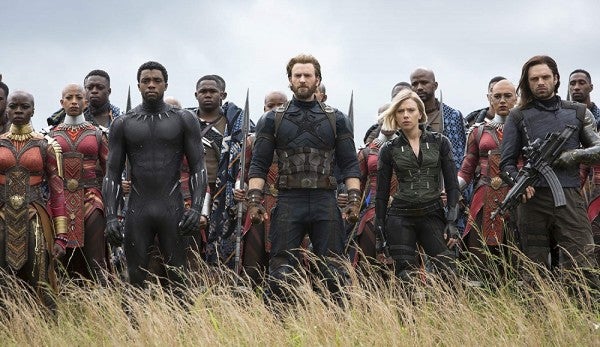 It’s time to shake off that tryptophan coma, and devour the last of the Thanksgiving leftovers, if you haven’t done so already, because the holiday season is right around the corner.

That means ugly sweaters, trips to the mall out in town so you can give Santa Claus the stink eye — he gets to have a sweet beard, why can’t you? — and heated debates over whether Die Hard or Lethal Weapon are Christmas movies.

They are, and Die Hard is better.

It also means another month’s worth of movies on Netflix. The site’s monthly streaming list is extensive, so we’ve decided to compile a veterans viewing guide to help make your binge-sessions a bit easier.

Here are the movies — not so much military-centric as they are packed with alien refugees, killer robots, and American heroes in spangly outfits — that you should check out on Netflix this December.

The comic-book inspired movie follows Ron Perlman as the titular demon who was rescued from Nazis and raised by government-sanctioned paranormal experts. When Hellboy’s not duking it out with monsters from other dimensions, he’s gorging himself on candy bars, or being self conscious about his horns. Hellboy is full of campy humor, quips about bureaucrats getting in the way of everything — even a war against the forces of evil — and has Rasputin as the principal villain. The Guillermo del Toro directed film hits Netflix on Dec. 1.

Terminator Salvation may not have the brooding pace of James Cameron’s original two films, but it gives us a look at the horrific future that awaits mankind once Skynet goes live — and the resistance struggling to save humanity from extinction. Christian Bale stars as John Connor — mankind’s only hope of survival — alongside Sam Worthington as a sleeper agent and next-gen Terminator, and the late Anton Yelchin as Reece, who plays the time traveling protector who saved Sarah Connor when the franchise began in 1984.

Plus, there’s a pretty badass dogfight between an A-10 Warthog and giant drones, and a cameo from Arnold Schwarzenegger

Arriving on Netflix Dec. 4, District 9 takes place 30 years after a spaceship full of interstellar refugees arrives over Johannesburg, South Africa. Whatever awe mankind may have felt when they first realized they weren’t alone in the universe has soured by the time the opening credits end.

The aliens, who are pejoratively called “prawns,” are quarantined in a slum-like refugee camp called District 9, and managed by a private company with some pretty shady backers and ulterior motives. When a field agent, played by Sharlto Copley, becomes infected with an alien virus, it begins to alter his DNA. In addition to slowly and painfully transforming him into one of them, this leaves him with only one place to hide: District 9.

If you’ve been hiding under a rock (or something) and somehow haven’t watched Avengers: Infinity War, yet, then you’re in luck: The Marvel-universe battle royale drops on Netflix Christmas day. So, if you want to watch a mash-up of costumed superheroes, a gamma-radiated physicist with breathtaking anger issues, a talking raccoon with an arsenal, and so many others, go toe-to-toe with the finger-snapping titan of death, Thanos, then you’ll have your chance next month. If you don’t want to see earth’s mightiest heroes team up with the Guardians of the Galaxy to try to stave off mass genocide, and get a few laughs in, then there’s something seriously wrong with you and you need to rethink your priorities.

While the movie can sometimes move at a crawl, if you’re in the mood for a Cold War spy thriller, then Tinker, Tailor, Soldier, Spy delivers with a pretty stacked cast.

Directed by Tomas Alfredson, the drama takes place in the United Kingdom in the 1970s, and follows Gary Oldman as a veteran spy, who is called in to track down a Soviet mole within MI6. Alongside Oldman is a who’s who of English actors for whom playing gentleman spies is old hat: Tom Hardy, Colin Firth, Benedict Cumberbatch, John Hurt, and Mark Strong.

If that’s your cup of tea, then be sure to check out Tinker, Tailor, Soldier, Spy, before it leaves Netflix on Dec. 16.

Brad Pitt’s flowing golden locks may not have been what Homer had in mind when he first told of the heroism and ferocity of Achilles with the Greek poem The Iliad, but the sheer scale of the film — and the massive $185 million budget — means you’ll get panning shots of warring Greeks and Trojans, and gratuitous close-ups during one-on-one duels between feuding heroes. That said, you’ll have until Dec. 31 to watch a bunch of Hollywood A-listers — including Sean Bean as Odysseus and Orlando Bloom as Paris — reenact one of ancient Greece’s most famous tragedies. However, if you’re looking for a version of the story that’s grittier, and fully embraces the role the Greek gods played in the original poem, then give Netflix’s Troy: Fall of a City, a try. What it lacks in decent acting, it makes up for in brutality.

SEE ALSO: Netflix Just Announced A ‘Medal Of Honor’ Series That Recreates Some Of The Most Incredible Acts Of Valor From WWII To Post-9/11