The Best Computer War Games Of The 90s

If you’re like me, you spent your awkward adolescence escaping into a computer screen where you went from nerd to... 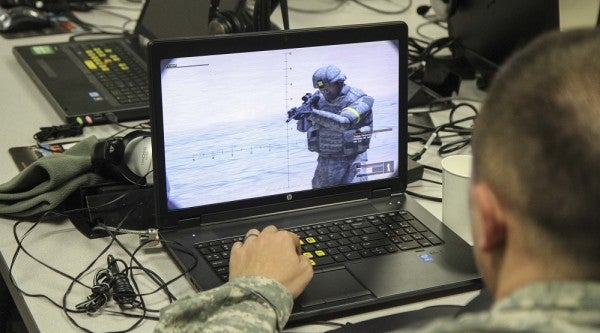 If you’re like me, you spent your awkward adolescence escaping into a computer screen where you went from nerd to triumphant battlefield commander with a few clicks of the mouse and some clever hotkeying.

It wasn’t until I was in the Marines that I realized how much gaming has changed from being a geeky pastime, to where it is now, a part of mainstream culture and a favorite hobby for anybody who wants to blow stuff up on screen.

While I’ve continued to be an avid, albeit casual gamer, I can trace my love of gaming back to a few specific games.

Related: The 3 best shooter, strategy games, according to a veteran»

Here are the strategy and war games I loved when I was a kid, and if I’m being honest, still occasionally play.

If you were as addicted to StarCraft as I was, the words “power overwhelming” will still get you amped up. I honestly don’t want to count the number of days I spent holed up in my room pounding two liters of Pepsi and eating Funions while I played Blizzard Entertainment’s iconic science-fiction strategy game.

Unlike other real-time strategy games of the day, Blizzard’s Battlenet provided a simple and easy-to-use platform that made creating or joining matches a breeze, and its map editor allowed for an unparalleled level of customization, with players creating their own games. Anybody else remember Tower Defense?

While the gameplay is relatively simple by today’s standards, it still afforded players a great deal of tactical control.

If you were playing Terrans and knew your buddy was going to swarm you with zerglings and zealots, you set up a wall of supply depots, with your bunkers safely behind them — with one flamethrower wielding firebat in each for some added close quarters heat — and let them have it.

When I was tired of flat-out combat games, I’d turn to Microsoft Studios’ Age of Empires, which mixed strategic gameplay with civilization building. You had to manage numerous resources, advance your civilization by researching different technologies, and secure your borders from encroaching bands of pikemen, archers and cavalry, all at the same time. The second installment expanded on this dramatically, by giving civilizations their own unique look and units, as well as adding specific bonuses and ability increases.

In terms of gameplay, the franchise allowed a player to lead his or her army in a way that fit their play style. If you wanted to hang back behind your stone walls and wait out your enemy, at least for a time, you could do that. If a massive naval incursion was more your style, then you could pump out triremes, or galleys and galleons in Age of Empires II. Finally, if you just decided you were done, but wanted to go out like a boss, you could warm the enemy with a bunch of angry villagers and then raze your civilization to the ground by selecting all and furiously clicking delete.

Yeah, I think I know where my problems with rage-quitting started.

Imagine for a moment that the Cold War never ended, and that instead of getting hot, it got even colder. Like, in the vacuum of space cold. That’s where Activision's hybrid tank simulator and first-person shooter took place. Set in an alternate reality in the 1960s, the Soviet militaries, as they were called in the game, and the United States were engaged in a clandestine war on other planets, and also on the moon, with the player sitting comfortably in the driver's seat of a space-age battle tank that actually looks like it was made in the Cold War era.

Unlike other simulators at the time where you had to pick one vehicle at the start of a match, Battlezone let you hop out of your tank and into another one, which you could either build from your base, or hijack from an enemy by pulling out your sniper rifle and shooting the driver.

Oh, and if you played a single-player match on the moon, you could actually pilot the lunar lander and hop around the small planetoid blasting enemies with a massive cannon.

Mostly for nostalgia’s sake, NovaLogic’s Comanche franchise deserves a place on this list. As one of the earliest attack-helicopter simulators, you were in the driver's seat of an advanced stealth chopper, long before Seal Team Six swooped into Abbottabad, Pakistan, in its super secret helo.

While it took a bit of time to figure out how to stay level and how to take advantage of the displays in the cockpit, once you had that down you were ready to start flying around in a heavily armed attack helicopter, raining rockets down on unsuspecting tanks and enemy structures.

This real-time strategy game by Cavedog Entertainment combined warfare on a massive scale with a wide variety of units, and when I say wide variety, I mean it. You had robotic infantry; light, medium, and heavy tanks; a ton of air units to choose from; naval vessels; and a host of others that could change to fit different roles.

But what made it stand out to me were the game mechanics.

Unlike strategy games like StarCraft, your units weren’t guaranteed to hit when they fired, with some shots falling long or short depending on where you moved your bots. There was also something deeply satisfying about swarming an enemy commander with bombers and watching a massive blank spot appear on the map after he went nuclear.