Did you think the 8-inch floppy disk died in 90s? Think again. The Government Accountability Office recently found that Department... 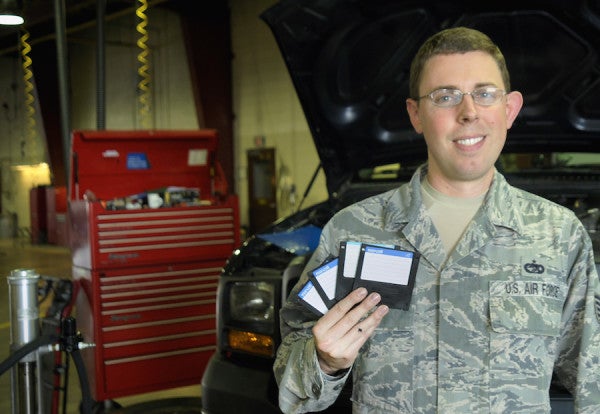 Did you think the 8-inch floppy disk died in 90s? Think again. The Government Accountability Office recently found that Department of Defense has been using the ancient technology to coordinate the operational functions of the country’s nuclear forces.

Lt. Col. Valerie Henderson, a DoD spokeswoman, told Agence France-Presse that the department uses the 1970s-era tech “because, in short, it still works.”

According to the report, an IBM Series/1 computer coordinates all the functions related to nuclear bombers, ranker support aircraft, and ballistic missiles.

The GAO said the government is spending a lot more to maintain its computer systems than it is to modernize and develop new technology.

During fiscal year 2015, the government dropped upward of $80 billion on federal IT, 75% of which was dedicated to operation and maintenance — a necessity when dealing with nearly 50-year-old technology.

But the floppy disks’ days are numbered.

“To address obsolescence concerns,” Henderson said, “the floppy drives are scheduled to be replaced with secure digital devices by the end of 2017.”