We're checking out the latest and greatest products for shooters, hunters, law enforcement, and the military. 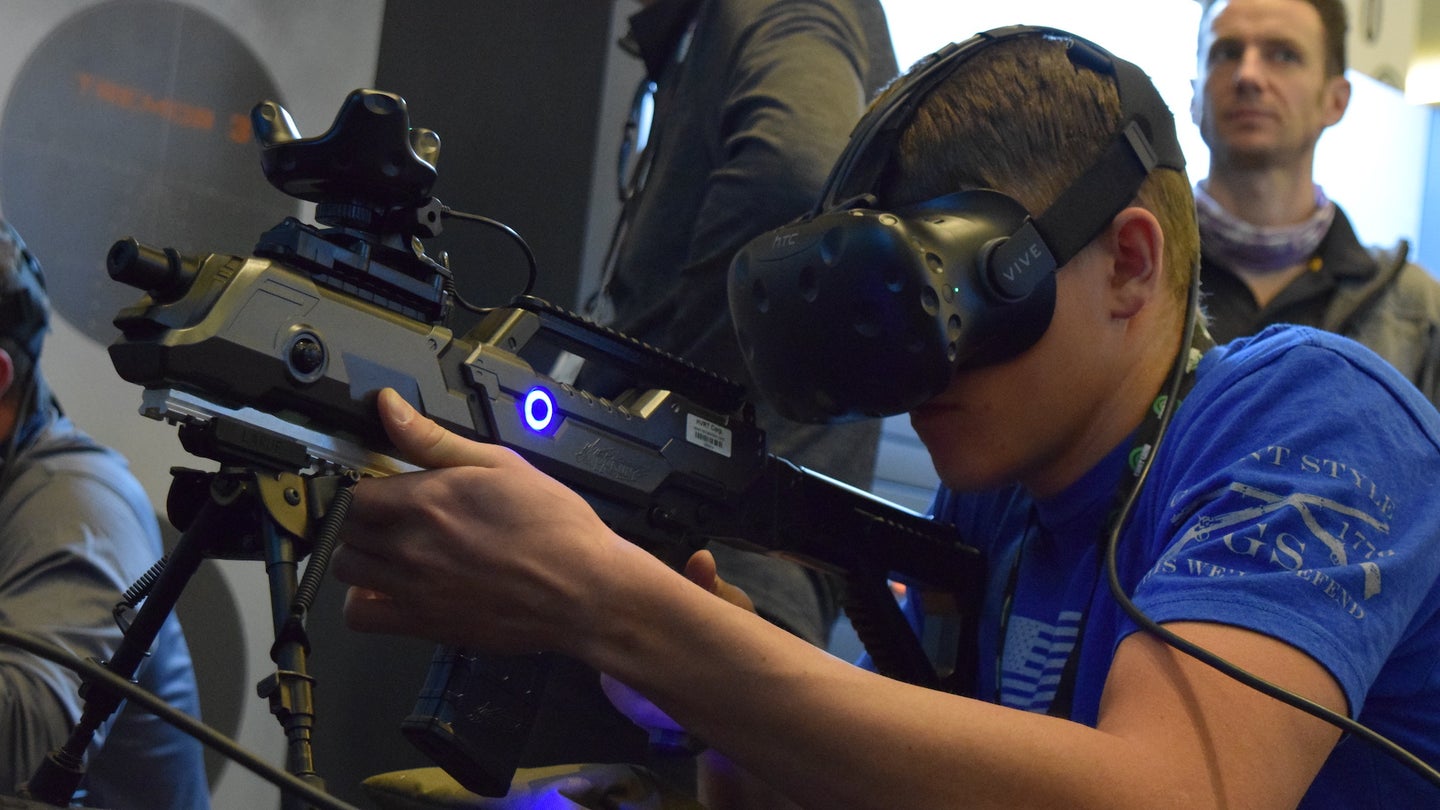 A SHOT Show attendee checks out a booth at the 2019 exposition in Las Vegas, Nevada.
SHARE

SHOT, or the Shooting Hunting and Outdoor Trade Show, is an annual conference where gun and gear companies highlight their latest and greatest products for shooters, hunters, law enforcement, and of course, the military.

SHOT is the biggest private event of its kind. By the numbers, the expo brings in some 2,300 exhibitors, including nearly 300 veteran-owned businesses, for approximately 60,000 attendants from around the world, according to the National Shooting Sports Foundation, the organization that coordinates the event. It is the fifth-largest trade show in Las Vegas and the 19th largest in the country.

At SHOT, we’ll test out and cover everything from new guns and gear to outdoor and military hardware, but our goal is actually bigger than that. We’re setting ourselves up to find the best the industry has to offer throughout the year — to find, as we often say in our gear chats – purpose-driven gear for purpose-driven people.

We get it. It’s a cheesy thing to say and everybody claims some variation of it, but we do understand the frustration you feel when you buy something and it doesn’t work as expected. Here at Task & Purpose, we want to recommend items that you buy once and know they’ll work when it matters.

“Over the last year, we’ve worked hard to build a gear team staffed with active duty service members, veterans, and other specialists who love examining cool shit,“ says Jared Keller, Task & Purpose’s managing editor for commerce. “SHOT Show is a great moment for us to flex our muscles and bring a keen eye to the latest and greatest gear and tech on the market.”

Throughout my career, I’ve covered eight SHOT Shows and dozens of other similar events. What I love most about attending shows like SHOT is seeing commerce from a high level. As a journalist, I get immediate access to the companies and people who make up the industry. I get to hear not just about their problems – whether it’s supply, demand, political, or something else entirely – but also their solutions and the stories behind them.

I’ll be partnering with Matt Sampson, a Task & Purpose commerce reporter and first-time SHOT attendee. He’s particularly interested in new products like weapons, technology, and individual combat equipment marketed to military acquisitions because, well, that’s what you care about.

“If there’s something that DARPA, Natick, NAVSEA Crane, or MARCORSYSCOM is looking at, I want to know what it is,” Sampson says. But he also wants to go as a person who loves gear. “I want to interview the individuals responsible for revolutionizing modern shooting and individual tactics to better understand the direction it’s taking.”

During SHOT, we’ll give you the most interactive experience we can (professional surrogate Larry Middleman-quality). We’ll walk the 13 miles of convention space to highlight the good, the bad, and the weird on Task & Purpose as well as our newly launched gear channel, The Gear Locker, which you’ll now find on Facebook, Instagram, and Twitter. We hope you’ll join us.

What do you want to see at SHOT? What questions do you have for us? Tell us in the comments below, send us an email at thegearlocker@taskandpupose.com, or hit us up on Facebook, Instagram, or Twitter.

Daniel Terrill is the commerce editor at Task & Purpose. He assists the managing editor in coordinating a team of staff writers and contributors and covers purpose-driven gear and services for purpose-driven people. He lives with his family in suburban Chicago.