Mystery Ranch does it again. 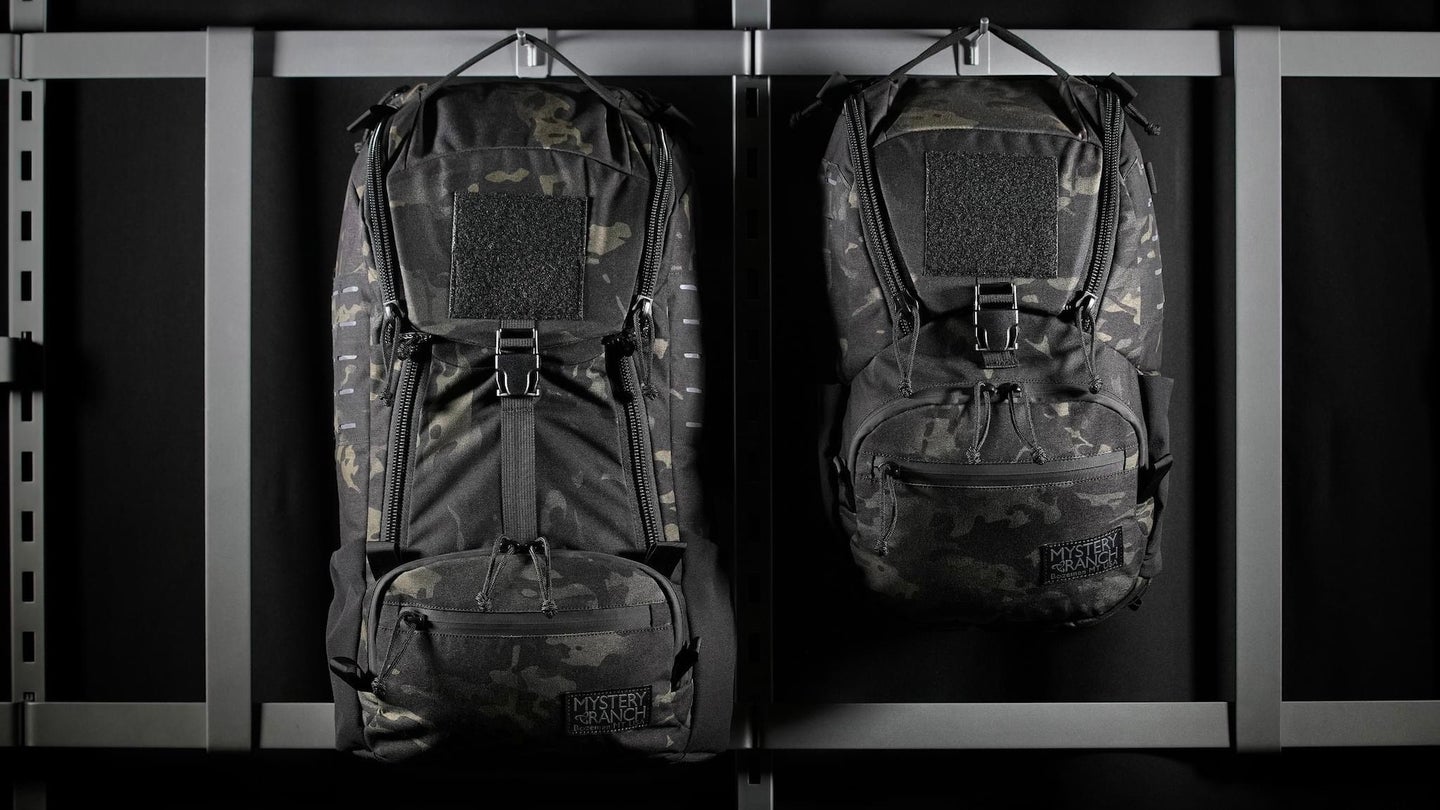 In early August, legendary outdoors company Mystery Ranch launched a new, limited-run series of their bleeding-edge Gunfighter LT backpacks. Dubbed the Gunfighter SB (short for “special blend”), the Bozeman, Montana-based company’s new line of packs is as durable as anything carried by the highest levels of U.S. special operations forces. The real ‘special blend,’ it seems, is that the company has taken an already rock-solid military backpack and made it more street-ready with a coat of fresh nylon and no loss of quality.

Mystery Ranch is no stranger to the world of tactical backpacks, trusted by hikers, wilderness firefighters, special operations forces, and yours truly to provide some of the best backpacks on the market. But the company has also done a good job of addressing the needs of more casual users by producing a line of handy, street-ready packs and bags that are as at home in the concrete jungle as they are in, well, the actual jungle. Indeed, Mystery Ranch unveiled a new line of packs at SHOT Show 2022 which focused on lightweight durability, full-pack access, and a new form factor ready for the battlefield.

At the moment, the Gunfighter SB has only one major constraint: it’s only available in Multicam Black. The choice is an interesting one since it’s a camouflage that, intended for use by law enforcement for SWAT officers, hasn’t been officially adopted by any U.S. military forces, and barring appearances here and there with Tier 1 Special Operations to blend in with local forces, it’s mostly remained a camouflage that prioritizes looking cool over all else.

Let’s see what the new Mystery Ranch Gunfighter SB backpacks have to offer, shall we?

The Gunfighter SB series radically departs from the formula of packs that only resemble tactical backpacks by not only looking fresh but offering the user a thoroughbred tactical backpack in a cool color. Coming in 14- and 24-liter sizes, these new packs are some of the best techwear-styled backpacks to date, just as stylish as they are sturdy.

The Gunfighter 14 SB is a compact backpack meant to carry everything you need for a quick day’s outing, just large enough to hold food, water, and emergency medical supplies for a few hours, and small enough to take anywhere, throw on, and go. This pack features a laptop sleeve that will fit up to a 15-inch laptop, side elastic mesh pockets for water bottles, and MOLLE on the side for added storage space. In addition, the interior laptop sleeve can be used to hold a hydration bladder, and the top of the pack features a zipper to allow hoses, wires, and other objects to be routed directly out of the top, even with the lid closed.

The Gunfighter 24 SB is more of your typical small day pack that can be used as an overnight bag, boasting enough space for an entire day’s worth of food, warming layers, and other essential gear. Featuring the same Gunfighter DNA as the 14, this pack also features a laptop bag that can double as a hydration pouch, side MOLLE, water bottle pockets, and a rip-top design, just bigger in every way. In addition, this pack features a bottom set of zippers on either side of the front of the pack, meaning that you can rip the lid open and then open the pack up to access all of the contents from top to bottom without having to dump your pack. The inside walls of the pack also feature mesh pockets for wet clothes, emergency supplies, or whatever else.

Both packs feature fixed straps, laser-cut ULTRACOMP webbing, and feature near-IR suppressing fabric, so that in the event that they had to pull duty as military packs, they could do so just as well as their more militarily-colored siblings.

What’s the same with the Mystery Ranch Gunfighter SB

As usual, Mystery Ranch’s quality is top-notch. Given that these are their new lightweight Gunfighter line, just in a different color, we’ve seen firsthand just how high quality these packs can be. In addition, we’re currently evaluating the Gunfighter LT 32 and the Blackjack LT 35 for a separate article, and those packs use the same new lightweight materials; so far, they’re some of the best tactical backpacks we’ve had the privilege of testing.

As with all Mystery Ranch military packs, these are made in the United States out of American materials, meaning that you can be sure that you’re directly supporting American workers. Other than that, these packs are so new that it’s difficult to draw comparisons to previous Mystery Ranch packs.

How we’d use the Mystery Ranch Gunfighter SB

The Gunfighter 14 SB is a pack that I could see being used as a “get home” bag, a great way to carry emergency supplies in your vehicle in a compact and lightweight package, perhaps with a first aid kit webbed onto the side, and a walkie-talkie with extra batteries and a long-range antenna inside. I’d ensure that it had enough food, medicine, and survival gear to ensure that even if my car slid off a road and down a hill, and I was trapped, I could survive long enough for help to arrive. I could also see it being very useful for those who work in the photography field, as it’s a perfectly shaped camera bag that’s large enough to hold extra lenses, batteries, flash bulbs, and other attachments; videographers could easily use it to store a gimbal mount or small drone, and the outside stretch pouches, combined with a retention strap webbed into the upper portion of the side MOLLE, could easily transport a compact tripod. Finally, in a military context, the Gunfighter 14 is just large enough to fit an A/N PRC-117G radio or a hydration bladder, and it works nicely as a halfway point between things like dedicated hydration packs and full-size assault packs, making it a great option for those whose missions have them in and out of vehicles often (so long as your command is okay with the unusual camouflage pattern).

Subscribe to The Gear Locker newsletter. Get reviews, guides, and discounts on purpose-driven gear in your inbox weekly.

The Gunfighter 24 SB would be a fantastic day pack for camping, especially for those who don’t want to look overtly military and don’t want a camouflaged backpack that might blend in with the brush. It’s large enough to fit camping gear, survival supplies, hunting provisions, and anything else you could dream of to last you a day. This would make a great “get home alive” bag for those who are in more rural environments, who might need to shelter for longer before help arrives, or who may need to walk on foot to a more accessible location and take valuables with them. Another use I could see for this pack is as a gym bag, since this is large enough for sneakers, a weight belt, water bottles, supplements, and cleanup gear, with room to spare. Finally, color notwithstanding, if you used it as a military pack, it would be at home anywhere that a standard assault pack does while doing the job with overall lighter weight, less water retention, and the ability to access your pack’s entire contents.

Overall, the Gunfighter SB line of backpacks brings combat-tested durability and ergonomics to the street in an attractive package with no loss of quality. Multicam Black fabric is everywhere, used for shirts, shoes, wallets, and other accessories, simply because it looks cool, and it’s a great pattern to add that level of visual interest while somehow looking less tactical than solid coyote brown. But by focusing on what ultimately matters, and ensuring that these packs are made to the same high standards as Mystery Ranch’s military bags, the Gunfighter SBline stands head and shoulders above packs that simply look the part.